Sometimes outspoken, but always popular and talented, Egyptian actress Yasmine Sabri is currently best known for her regular appearances in highly rated Egyptian films and television series, the most recent of which have included playing Malak in the TV series Second Chance. She was also the first Arab woman to star in a Cartier commercial, becoming part of a campaign for their Panthere de Cartier collection. She has also served as an Ambassador of African Women during an Arab African Conference on Women’s Empowerment. She is incredibly popular on social media, with over 25 million fans and followers across various platforms. Nearly 20 million of these follow her Instagram account where she regularly posts impossibly glamorous selfies.

Sabri was born in Alexandria, Egypt, in January 1987. Little is known of her life before becoming a famous actress, but it is known that she was married to a businessman. In 2014, she launched her acting career with various appearances in Egyptian television series such as Gabal al Halaal and Chess. Her first film role came in 2016 with Gahim Fel Hend (Hell in India). Her movie career truly took off in 2018 when she appeared in two blockbuster successes: Leilat Hana wa Surour (The Night of Hana and Surour) and El Diesel. The latter was a particular hit, topping box office charts during Eid.

As her ambassador role and her enormous social media following prove, Sabri’s rise to fame has seen her become a fashion icon and role model for women across Egypt and the wider Middle East. 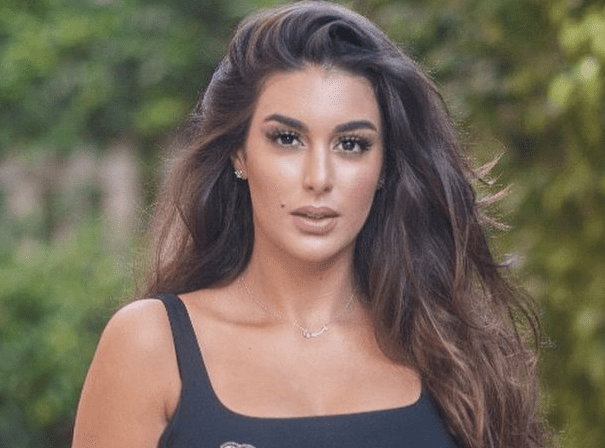