The ice dancing superstar has achieved an incredible amount in his short 30 years on this planet. A three time world medallist and three time US national champion, Zachary Donohue has come very far from his first ice skating lesson in 2001. He first started skating competitively in 2008, winning gold at the ISU Junior Grand Prix alongside his skating partner Piper Gilles. The duo went on to win bronze at next season’s Junior US Championships and were selected to represent the US at the 2010 World Junior Championships.

In 2011 Zachary ended his partnership with Piper and began his incredibly successful partnership alongside Madison Hubbell. That year they made their international debut, winning gold at the Nebelhorn Trophy. In 2013 they repeated this victory as well as winning their first Grand Prix medal, a bronze at the Skate Canada International. 2014 was a big year with a gold at the Four Continents Championships, and bronzes at the Skate Canada International, Trophée Eric Bompard, and the US Championships. In 2015 the sensational duo won their first Grand Prix title, taking gold at the Trophée Eric Bompard.

Zachary won bronze at the US Championships again in both 2016 and 2017. 2018 saw a very impressive performance in Milan at the World Championships, accompanied by a very impressive silver medal. That same year, after 4 bronze medals, Zachary finally won his first national title at the US Championships. The following year the team solidified their skating prowess by winning their second straight national title, as well as being a part of the gold medal-winning team USA at the World Team Trophy. In 2021 Zachary became a three time national champ with Madison, proving he truly is the best in his field. The pair were also named to team USA for the upcoming World Championships in Stockholm. 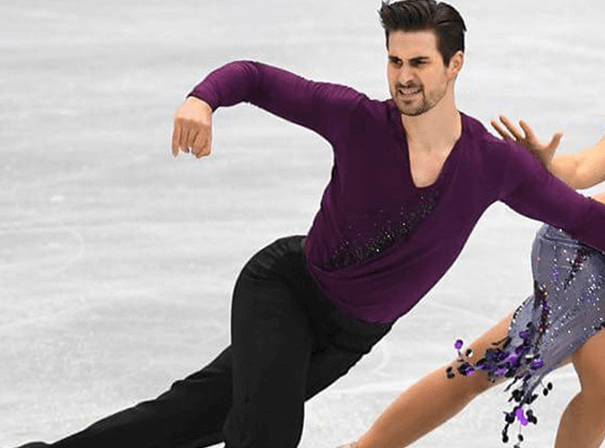