Competing internationally since she was in her teens, Wangli first proved herself as one of China’s top weightlifting champions when she was just 20 years old at the 2016 Asian Weightlifting Championships, held in Tashkent, Uzbekistan. It was during this competition that Wangli won gold in both the 63-69kg clean jerk and snatch categories enabling her to take home the overall gold medal in her category. Having previously participated in the 69kg category throughout her career, it was in 2018 that Wangli first began competing in the 71kg category. She soon went on to impress weightlifting fans around the world when she won gold medals in both the snatch and clean & jerk categories at the World Championships held that year in Ashgabat, Turkmenistan, going on to win gold overall in her category and became World Champion for the first time in her career. Wangli has continued to excel as a weightlifting champion and the following year went up yet another category and began competing in 76kg events.

Returning to the Asian Championships during 2019 in her home country of Nigbo, China, Wangli successfully achieved silver medals across the board in both the snatch and clean & jerk events. In the same year, Wangli also went on to become a two-time World Weightlifting Champion when she took home gold at the World Championships in Pattaya, Thailand. 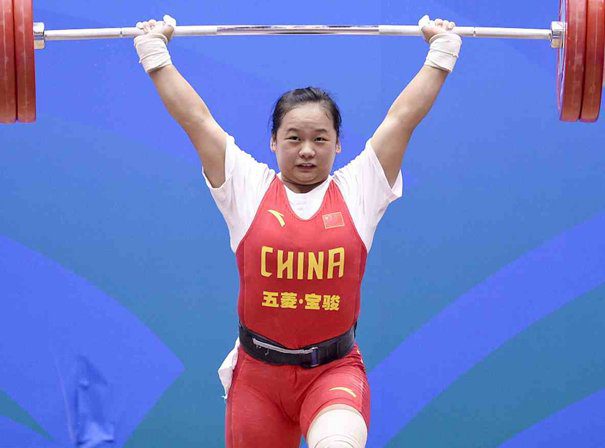