In late 2013, she signed with the Jiangsu Zenith Steel Women’s Volleyball Club to compete in indoor volleyball after a nearly 10-month ban from the sport due to bureaucratic pressure. She was later selected by volleyball coach legend Lang Ping to join the China women’s national volleyball team where she made masterful plays winning gold at the 2014 Asian Women’s Volleyball Cup and silver at the 2014 Women’s Asian Games Volleyball Tournament in South Korea. At the 2015 FIVB Volleyball Women’s World Cup she helped Team China win gold ahead of Serbia and the United States, coach Lang Ping’s former team.

Changing participated in the 2016 Summer Olympics in Rio de Janeiro winning the gold medal ahead of Serbia and the United States again. Her sweeping skills at the 2019 FIVB Volleyball Women’s World Cup qualified her to return to the Olympic scene at the 2020 Summer Olympics in Tokyo along side her legendary teammate Zhu Ting. 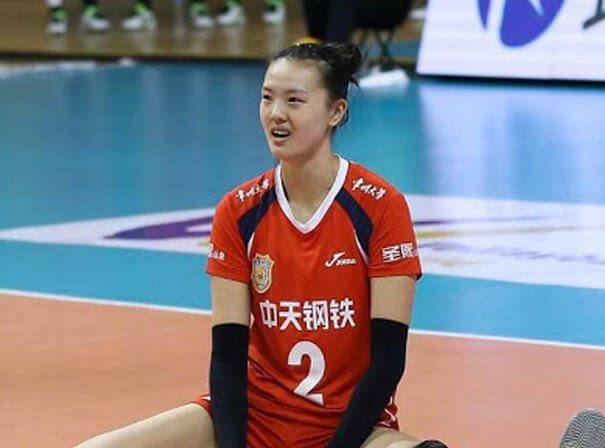