Chinese female volleyball player Zhu Ting is a living legend known as the world’s highest-paid volleyball player with an extensive list of awards and a highly decorated career. At the astonishing age of 15, Ting was selected personally by veteran volleyball coach Lang Ping to join the Chinese women’s national junior team in 2013. She was named MVP, best outside player, best scorer, best outside spiker, and best spiker all in that year alone. Her adaptive mastery made her a powerhouse on the court bringing home gold at the 2012 Asian Junior Championship and at the 2013 Under 20 World Championship.

By 2014, she signed with the Henan Huawei volleyball club and joined the Chinese women’s national volleyball team winning silver medal in the 2014 FIVB World Championship. She led her nation to gold at the 2016 Summer Olympics in Rio de Janeiro along with two additional gold medals the previous year at the 2015 World Cup and Asian Championship. Her longest tenure with the Istanbul VakıfBank Sports Club saw 9 gold trophies spread across 4 years on the club level. By 2019 she

To date, Ting has 35 honorable titles as MVP, best outside player, best scorer, best outside spiker, and best spiker. She now plays for the Tianjin Bohai Bank women’s volleyball club and continues to dominate the court. She is set to join China to participate in the 2020 Summer Olympics in Tokyo. 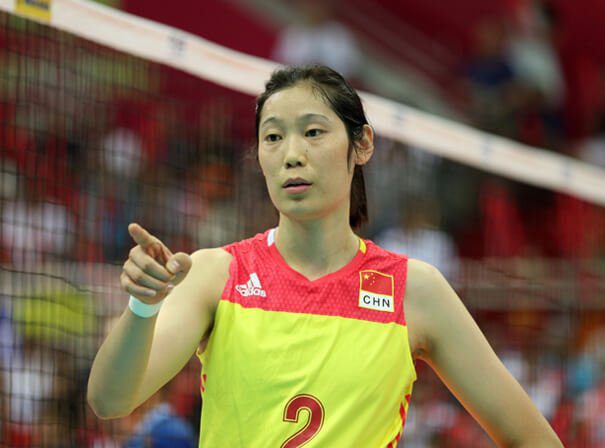