Zombinatrix is the creation of husband-and-wife team Bianca Allaine and Michael Kyne, the founders of company Video Lamp, and two of the independent horror circuit’s most distinctive talents. Allaine was originally a successful modal before moving to LA to pursue a career on-screen, and would soon gain praise for her role in cult horror Albino Farm, establishing her as one of the industry’s up-and-coming scream queens. Kyne is an award-winning filmmaker, and cites his influences as the horror films, and rock and heavy metal scene of the 1980s and 90s. Blending the aesthetics of midnight movies and cult film styles, he is known for erotic thriller Web of Deceit, as well as his work on music documentaries including Can’t Stop the Show: The Return of Kix, and Encore: The Hammerjacks Documentary.

Combining top-level special effects, faultless sets and costumes, and striking locations, Zombinatrix is set to deliver an impeccable production that will get pulses racing and prove itself worthy of repeat viewing. The production will draw on the world-class talents of artists including Ed Repka, Jeff Gaither and XNO, to create a work that is truly genre-leading and will become a fan favourite for years to come. 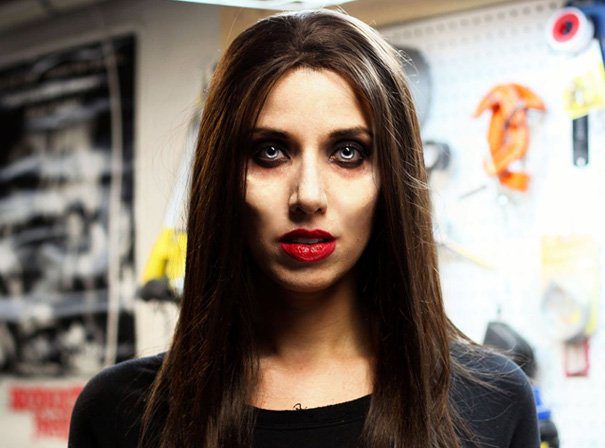