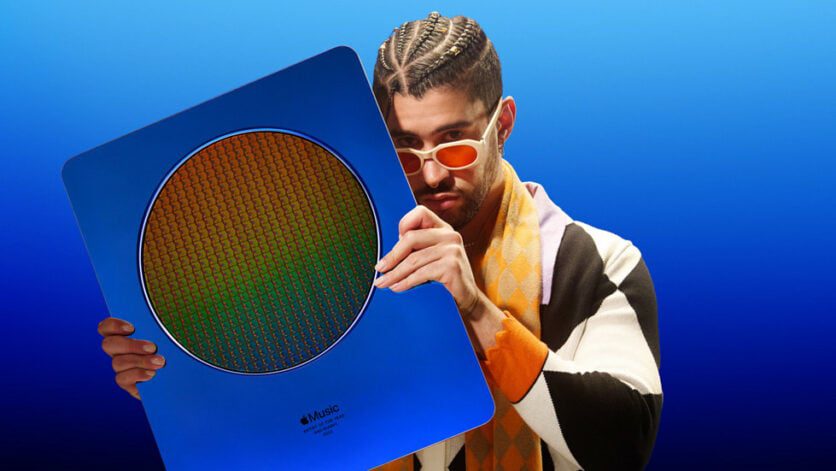 The world-dominating Latin artist takes Apple’s award for Artist of the Year.

Bad Bunny has been named as Apple Music’s ‘Artist of the Year’, in recognition of his “artistic excellence and influence on global culture in 2022”. The streaming service has also shared that his recently released album, Un Verano Sin Ti, is the platform’s most streamed album of 2022, and the most successful Latin album in musical history. Apple Music also reports that Bad Bunny is the biggest Latin artist of all time, as measured by worldwide streams. Bad Bunny has logged 22 songs on the Daily Top 100: Global, breaking the record for most simultaneous entries by a single Latin artist, according to Apple Music. Bad Bunny’s other Apple Music stats show that his songs have reached No. 1 on the Daily Top 100 in 34 countries worldwide — more than any other Latin artist. He’s hit the top 10 of the chart in 77 countries. In an exclusive video, Bad Bunny commented: ” “I’m grateful for everything I’ve accomplished and everything I’ve experienced. The Latin music movement has grown so much. I would never take full credit or say, ‘It’s because of me.’ No, it’s every one of us. A whole generation. Our energy and presence is always felt.”