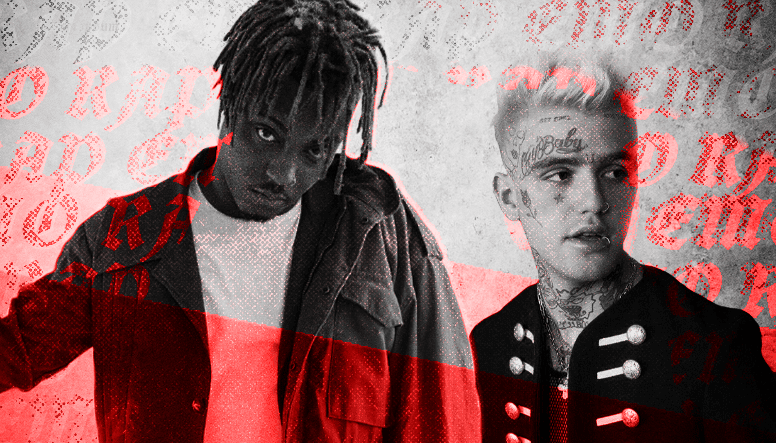 Hip-hop has grown in popularity at an exponential rate thanks to its extraordinary versatility. Artists from all over the world have been able to tailor the genre to incorporate their individual cultures and musical styles, generating new inspirations and possibilities for musicians and producers everywhere.

In this edition of our Genre Focus series, we’re taking a closer look at one of the most recent developments in hip-hop that’s exploded in popularity in recent years: emo rap.

Due to its ever-changing nature, hip-hop has stimulated the growth of an abundance of new subgenres that have evolved into fully fledged movements over the past three decades. One of the most recent fusions, emo rap, has left the music industry in awe not only due to its startling originality, but also the rapid speed with which it has grown in popularity. The remarkably distinctive fusion of hip hop and emo music was established in the late 2000s but has roots that can be traced back to the ’90s. Initially, artists such as Gravediggaz, Prince Paul, and Flatlinerz approached the genre in a manner significantly different to that of contemporary emo-rap: a strong focus on violence and gore with an intimidating and aggressive attitude. Artists attempted fusing the genres in the hopes of creating something unique, but did not quite gain the attention they were in search of.

Every version of emo rap is characteristically unique, but none possess the expressive delivery and emotional depth as the style’s more contemporary incarnations. The periodic glimpses of dark and violent rap from the 90s transpired into a more pop-focused flair which uplifted the previously grim image of the genre. Kanye West and Kid Cudi spearheaded this wave with the influential LPs  808s and Heartbreak and Man on the Moon: The End Day respectively in the late 2000s. They combined the likes of punk rock, indie instrumentals, pop styles, and trap vibes to perfect their sound, but it was only in the mid-2010s that the genre gained substantial attention from the public and artists alike, eventually leading to the incredible growth and rebirth of emo rap that we’re seeing today.

True to its name, emo rap can be characterised by the tendency of artists working within the genre to openly express their feelings and emotions though their music. Indie rock instrumentals and trap-heavy beats are combined with melodic flows and confessional and introspective lyrics that speak of internal turmoil, mental health issues, and drug abuse, resulting in a new form of rap music that replaces the cocksure boastfulness of traditional hip-hop with an openness and vulnerability that is its lyrical opposite. This form of expression has been accompanied with a unique form of production and delivery which truly makes emo rap stand out as one of the 21st century’s most distinctive musical innovations.

The genre draws inspiration from artists who have expressed issues surrounding their personal lives and mental health through their music, not in the hopes of arousing sympathy but to let their audience know they’re not alone and to create awareness for such issues which need to be addressed. The new wave of artists who have come into this genre have been deemed pioneers in the industry for their substantial capability to influence the younger generations of music fans. More specifically, millennials are able to relate deeply to these artists because they are around the same age and are dealing with the same issues as everyone else in their generation.

A large number of artists belonging to the emo rap movement have gained popularity through SoundCloud as it continues to be recognized as one of the leading audio distribution and music streaming platforms for upcoming artists. This platform was the birthplace of the new wave of emo rap, including one that could be named as its forefather, Yung Lean. The late XXXTentacion’s entry to the music scene, unnoticed at first, was mindboggling as his initial tracks received mixed reviews until he found his music prowess. Emo rap icon Lil Peep’s entrance to the industry was hugely influential as he climbed the charts, built a global fanbase, and became a significant influence for new emerging artists in emo rap The genre sadly gained worldwide attention when the music industry was shook and left in mourning after the dreadful loss of Lil Peep in 2017, and the traumatic loss of XXXTentacion the following year.

Following these deaths, emo rap gained worldwide attention and a plethora of artists began to emerge, expressing and sharing their grief while further developing the movement. Emo rap, now globally recognized, has continued to grow exponentially with artists such as Lil Xan, Lil Uzi Vert, Trippie Redd, and $uicideboy$ exemplifying the genre’s instantly recognizable characteristics in their own individual way. Each of these artists have seen tremendous success in the industry through notable awards and record-breaking viewership on YouTube: XXXTentacion’s “Moonlight” has accumulated over 450 million views.

Some critics expected emo rap to see a decline in popularity as many believed it had become repetitive and monotonous, but it has been more than able to sustain itself due to consistent innovations and radical new interpretations of the genre. Furthermore, credit must be given to the magnitude of the issues faced by millennials which are now represented in popular culture through the highly perceptive lyricism of these talented artists. Whenever a new genre emerges, the artists working within it invariably pull from various facets of contemporary culture to bring inspiration and uniqueness to their music, and emo rap is no different: as a reflection of the millennial malaise and dissatisfaction that both its artists and adherents experience, it has become a truly contemporary, culturally relevant style that will undoubtedly continue to develop and expand both commercially and artistically.