How virtual events are blowing up in 2021 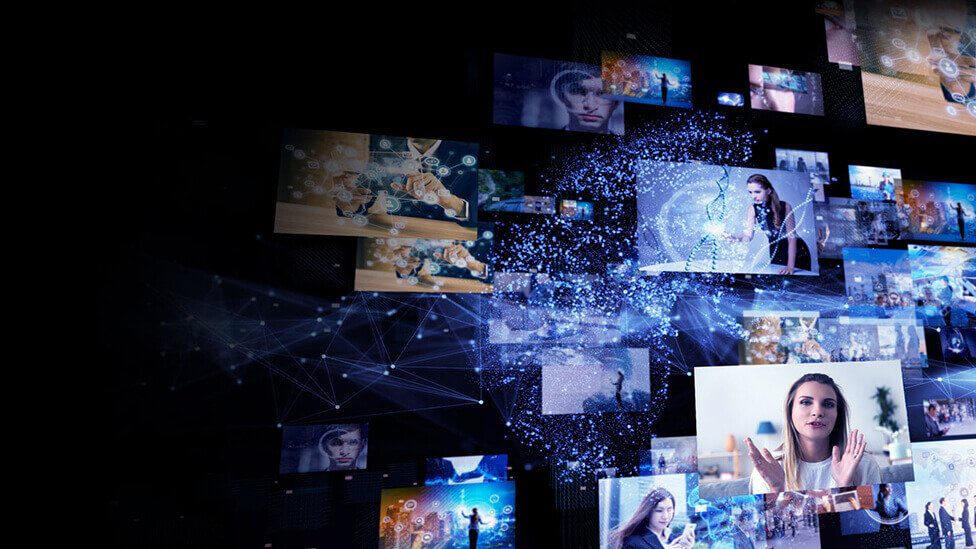 We take a closer look at the rise of virtual and hybrid events, live-streaming, and what it means for the future of the entertainment industry.

Live streams and virtual events have traditionally been a place for artists to establish a personal, deeply connected relationship with their fans. However, in the Coronavirus world, they have taken on a much larger purpose, and become a much more significant part of the entertainment landscape.

Coldplay’s Chris Martin was one of the first big names to kick off the live stream trend by piloting virtual concerts in 2019 citing environmental concerns as the reason for not touring their new album “Everyday Life.” Once the Coronavirus pandemic fully beset our world and America was shut down, Coldplay was in place with live streaming and aptly dubbed their series “Together at Home.” Global Citizen and the World Health Organization soon caught wind of Coldplay’s strategy and proposed an official virtual concert series by the same name. Proceeds from this star-studded series went to the Solidarity Response Fund to help those impacted by the Coronavirus. Smaller artists, like the UK talent Yungblud, soon followed suit and began live streaming. The Coronavirus caused tour cancellations that had a ripple impact on the music industry job market and the towns where live concerts were scheduled. As it became clear that the world was in for a much longer quarantine than was originally projected, it also became apparent that the music industry would have a difficult time surviving due to the major loss of revenue previously generated by live concerts and touring.

And so began the monetization of online “concerts.” This monetization was not a money grab by wealthy artists profiting off the unemployed music lover, rather, it came about because the revenue streams supplying 95% percent of artist’s income had vaporized virtually overnight. The reality is that the streaming online concerts are not traditionally paid endeavors and there is little true direct profit. The artists tend to profit indirectly from brand deals as a result of fan engagement, although some artists do request a sum-per-song payment through sources such as Venmo. Live stream concerts also serve as benevolent acts in this difficult time- these concerts acknowledge and affirm the power of music to comfort and heal. For those of the older generations, events such Live Aid at Wemblay Stadium in 1985 (recently depicted in the film “Bohemian Rhapsody”) clearly display the power of benevolence and charity in music. It is likely that an iconic, similar-scale event could be seen soon in a virtual setting. For example, the USO did a virtual 4th of July concert special sending out “Good Vibrations” as the Beach Boys’ Mike Love and others performed.

Going forward, it is unknown whether fans will be willing to pay the same amount for a virtual experience as they once did for a live concert. As streaming technologies and perhaps VR technologies improve, the answer is a likely “yes.” One may simply look to events such as UFC pay-per-view fighting championships as a guide in this matter. In pay-per-view fights, the viewer has the distinct advantage of having an amazing sensory experience, but in the comfort of their home. The potential addition of big money muscle via well-established live stream platforms such as Netflix or Hulu may improve the quality and accessibility of the streaming/virtual concert experience.

There can be no doubt that music lovers desperately want to experience normalcy as America faces down five months of self-imposed quarantining. However, Coronavirus numbers are rising in major urban areas and there is no real end in sight. “Concerts could become part of existing services, such as Netflix, Amazon Prime, HBO, etc,” said William Moylan, a music professor at The University of Massachusetts-Lowell in a recent CNBC article. But “the eyes and ears of the audience can be unforgiving, as the technologies to make performances as genuine as live performances require serious bandwidth and speed of transmission.” A CNBC commentator recently noted, “If social distancing caused by pandemics continues throughout 2020 and in years to come, the virtual artistic performance could rise in parallel with the importance of streaming services like Netflix in daily life.”

“If social distancing caused by pandemics continues throughout 2020 and in years to come, the virtual artistic performance could rise in parallel with the importance of streaming services like Netflix in daily life.”

The rise of virtual concerts may cause dismay to many music fans and, in particular, fans of live events. This concern is not unfounded. However, there are some instances to allay those fears, and one area is the rapid rise of participatory music experience. Most notably in this area is the Virtual Choir as conceptualized by Grammy winning composer Eric Whitacre. His now-viral videos have shown a clear progression in technologies as each video encompasses larger and larger “choirs” of people simply singing from the homes. Whitacre’s newest piece, called “Sing Gently” features 17,572 singers and is the largest virtual choir assembled and with over 1 million YouTube views. He related “it was only when the COVID virus started that we thought, ‘Actually, if there was ever a time for one of these virtual choirs, it would be now.’”

The recent expansion in virtual experiences and live-streamed events points towards a world in which virtual participatory experiences in the communities of fans of various artists becomes commonplace. The bridging of the gap between solitary music consumption online and massive shared real-time experiences of artists is not far off – and cannot come fast enough.

Many artists can be booked for virtual events and live-streamed concerts through MN2S. Check out our Live and Talent rosters or get in touch.

The legendary artist behind “I Will Survive” was booked through MN2S for the Easy Like Saturday Morning Dance Party. Daybreaker, a morning…