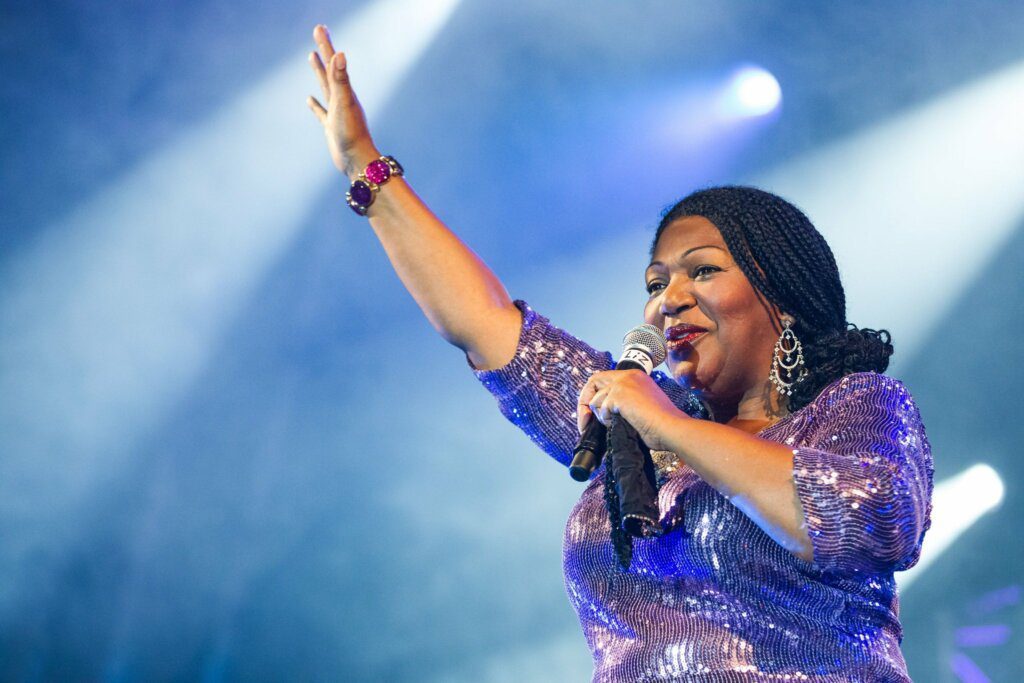 The iconic lead vocalist for Boney M delivered a stunning performance in celebration of her 50th year in the music industry.

The original frontwoman of the legendary ‘70s disco group Boney M performed a free live-streamed Facebook concert this Christmas in celebration of her 50 glamorous years in the music industry. Mitchell performed multi-platinum hits including “Rivers of Babylon”, “Mary’s Boy Child” and “Brown Girl in the Ring” as part of an intimate festive show broadcast from her Oxfordshire home. The concert celebrating her anniversary milestone will took place at 7pm UK/8pm CET on Monday, December 21st.

In 1970, Jamaican-born Liz was seeking fame in West London when she found herself a role in the “hippy musical” Hair in Berlin – and the rest was history. By the end of the same decade, she was the lead singer in one of history’s most successful pop groups, selling over 150 million records and performing in countries all over the world. Though Boney M were a four-piece, Liz was known as the only member of the group to sing on their most beloved hits, including “Rasputin”, “Ma Baker” and “Sunny”.

“It’s been a very difficult year for everyone, and while I’ve not been able to perform since February I wanted to do something for all the people around the world who remember and love the music, particularly those who bought tickets for shows this year which we had to cancel.”

In recent decades, Liz has continued to perform with her dedicated backing group to adoring fans around the world, from Europe to Russia, Asia, North America, South Africa, and many more. Unable to tour since March due to the global pandemic, Liz wanted to reach out to her global fanbase this Christmas in celebration of 50 successful years spent making hit records and delighting audiences across the globe.

The show also marks the release last month of Liz’s entire back catalogue on streaming and download services.  She has released five solo albums plus several singles and EPs, including critically acclaimed spiritual album Let It Be in 2004.  In total over 80 Liz Mitchell solo tracks have now been released including previously unreleased material, available on Spotify, Apple Music, iTunes, and Tidal.

““The show in December will be a special, intimate performance from my home studio, with a reggae theme because that’s the music that’s always been in my heart.”

Boney M are the harmonious voices behind some of the most recognisable hits of the late 70’s and early 80’s. Their unique…