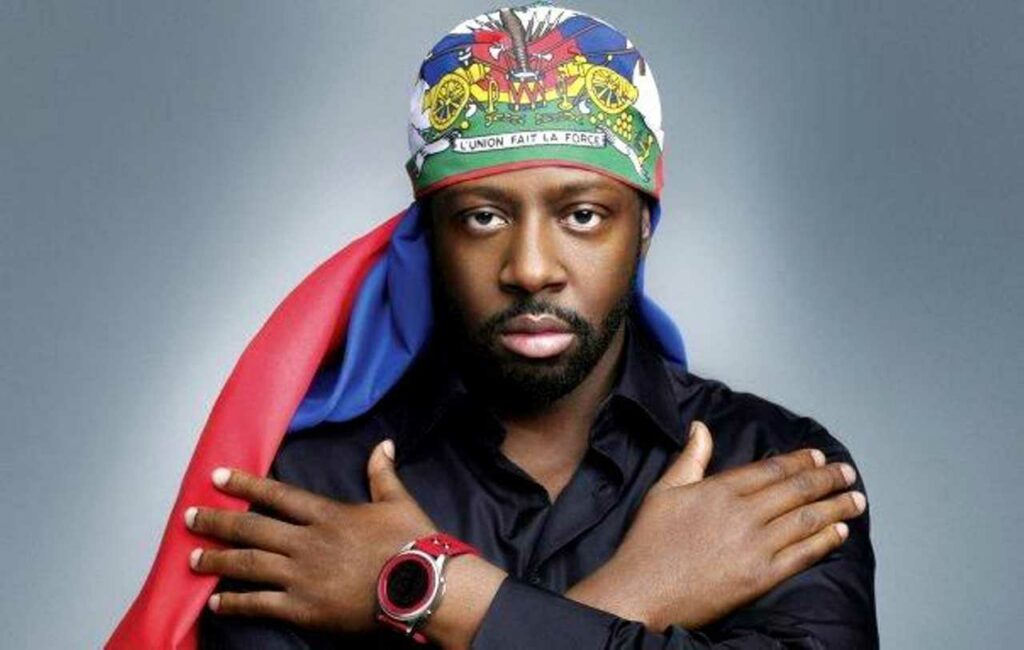 In our Talent Spotlight series, we highlight some of the renowned musicians, celebrities and DJs that MN2S has worked with. This week, we’re taking a dive into the career of Grammy-winning solo artist and former Fugees member Wyclef Jean.

Wyclef Jean, the lead rapper and occasional guitarist for the Fugees, was the first in his group to pursue a solo career, and he showed even more ambition and variety on his own. Wyclef also took on the role of unofficial hip-multicultural hop’s conscience as the Fugees lingered in limbo. He organised or took part in numerous well-known charity benefit concerts for a number of causes, including aid for his native Haiti. He was an activist who seemed to be everywhere. Infusing hip-hop with as many diverse musical genres as he could, Wyclef’s songs were influenced by the utopian one-world attitude that propelled his political conscience. Reggae was a special favourite because of his Caribbean heritage. As well as carving out a place for himself as hip-leading hop’s global citizen, Clef was a renowned producer and remixer who collaborated with a who’s who of pop, R&B, and hip-hop artists, including Whitney Houston, Santana, Destiny’s Child, and Shakira.

Nelust Wyclef Jean, the son of a minister, was born in Croix-des-Bouquets, Haiti, on October 17, 1969. His family relocated to the Brooklyn Marlborough projects when he was nine years old. By the time he was a teenager, Wyclef had relocated to New Jersey, picked up the guitar, and started studying jazz in his high school’s music programme. Along with his cousin Prakazrel Michel (commonly known as Pras) and Lauryn Hill, he also joined a rap group in 1987. They were formerly known as the Tranzlator Crew, but later changed their name to the Fugees, a slang term for Haitian exiles. The group released their debut album, Blunted on Reality, the following year after signing with the Ruffhouse label, which is linked with Columbia. Due to an improper hardline position that the group adopted and wore like an ill-fitting suit, it received minimal attention and peaked at only number 62 on Billboard’s R&B/Hip-Hop chart. On the follow-up, The Score, however, the Fugees found their voice and created an avant-garde masterpiece that was unmatched in 1996. The Score had chart-topping success with songs like “Fu-Gee-La” and “Killing Me Softly.” It remains one of the best-selling rap albums of all time with sales of over six million copies.

The first Fugee to announce plans for a solo album was Wyclef, who got to work as soon as the group’s supporting tours were through. The Carnival, which was released in the summer of 1997, was musically much more ambitious than The Score. Aside from the remaining members of the Fugees, other notable guests included Celia Cruz from Cuba, the Neville Brothers from New Orleans, and Wyclef’s siblings, who collaborated as the pair Melky Sedeck. The two big singles from the album further demonstrated the scope of his ambition; “We Trying to Stay Alive” transformed the Bee Gees’ iconic dance song into a song about ghetto empowerment, while the Grammy-nominated “Gone ’til November” featured a portion of the New York Philharmonic Orchestra. The Carnival’s performance in the Top 20 and triple-platinum were aided by those two tracks. Following that, Wyclef increased his freelance work for other musicians. He worked with a wide range of musicians as a producer, songwriter, and/or remixer, such as Destiny’s Child (“No No No”), Whitney Houston (“My Love Is Your Love”), Bounty Killer, Cypress Hill, Michael Jackson, Santana (“Maria Maria”), Mick Jagger, and Canibus. He briefly worked as Canibus’ manager as well.

By the time Wyclef started working on his second solo album, reports of conflict within the Fugees were circulating. Despite their denials, the lack of a The Score sequel at the time seemed to support the rumours. Although Wyclef had previously stated he would delay his sophomore album until after the following Fugees album, he was well into the project by early 2000 and gave an early release of the anti-police brutality track “Diallo” via the Internet (featuring guest vocals from Senegalese superstar Youssou N’Dour). Near the end of the summer, the whole album, The Ecleftic: 2 Sides II a Book, was released and peaked at number nine on the Billboard 200. Along with N’Dour, other performers this time around included Earth, Wind & Fire, Kenny Rogers, Mary J. Blige, and even professional wrestler The Rock (on the Grammy-nominated duet “911”). Additionally, Clef included a surprising cover of Pink Floyd’s “Wish You Were Here.” This time, several critics claimed that Wyclef’s sweeping goals were becoming disorganised, yet the song nonetheless achieved platinum status.

In 2001, Wyclef started working on Masquerade, his third solo album, with no sign of a Fugees reunion in sight. In addition, he made an appearance in the Jamaican gangster movie Shottas, in which his father perished in a house accident. Masquerade, Wyclef’s 2002 summer album, included guest appearances from Tom Jones and Miri Ben-Ari in addition to the typical worldbeat fusions and covers of songs by Bob Dylan and Frankie Valli. Masquerade’s entry into the top 10 at number six demonstrated how popular Wyclef’s carefree style was. A year later, he made a comeback with The Preacher’s Son and published Welcome to Haiti: Creole 101, an album of traditional Haitian music. A few years later, Shakira approached him to collaborate on “Hips Don’t Lie,” a worldwide smash that topped the Billboard Hot 100 and the pop charts in a number of other countries, including the U.K., Australia, and France. He was asked to co-produce, co-write, and perform on the song. Wyclef’s most successful partnership by far was this one.

2007 saw the release of Carnival, Vol. II: Memoirs of an Immigrant, the follow-up to Wyclef’s solo debut. Paul Simon and Sizzla were among a long list of diverse guests for the record. His biggest lead artist song in nearly a decade, “Sweetest Girl (Dollar Bill),” peaked at number 12 on the pop charts and was certified platinum. Two years later, Toussaint St. Jean made a comeback with his album From the Hut, To the Projects, To the Mansion, which peaked at number 171 on the mainstream charts and number 36 on the R&B/hip-hop charts. Soon after, work on his seventh legitimate full-length album started, albeit it took many years for the record to be completed.2017’s Carnival III: The Fall and Rise of a Refugee, distributed by Sony via the independent Heads Music, was preceded by the EPs If I Were President: My Haitian Experience and J’ouvert, as well as sporadic non-album singles and collaborations with dance acts (the Knocks, Gorgon City), rappers (including Young Thug), and other artists. The album was released on the 20th anniversary of Jean’s debut, and Emeli Sandé and LunchMoney Lewis gave special guest appearances. Most recently, Wyclef released his ninth studio album, Wyclef Goes Back to School Volume 1, in 2019.

Wyclef Jean releases Carnival III: The Fall and Rise of a Refugee

Wyclef Jean has released the long-awaited eighth studio album, Carnival III: The Fall and Rise of a Refugee.   Carnival III is…

The actress known for her work in How to Get Away with Murder is set to appear in a new Christmas movie….