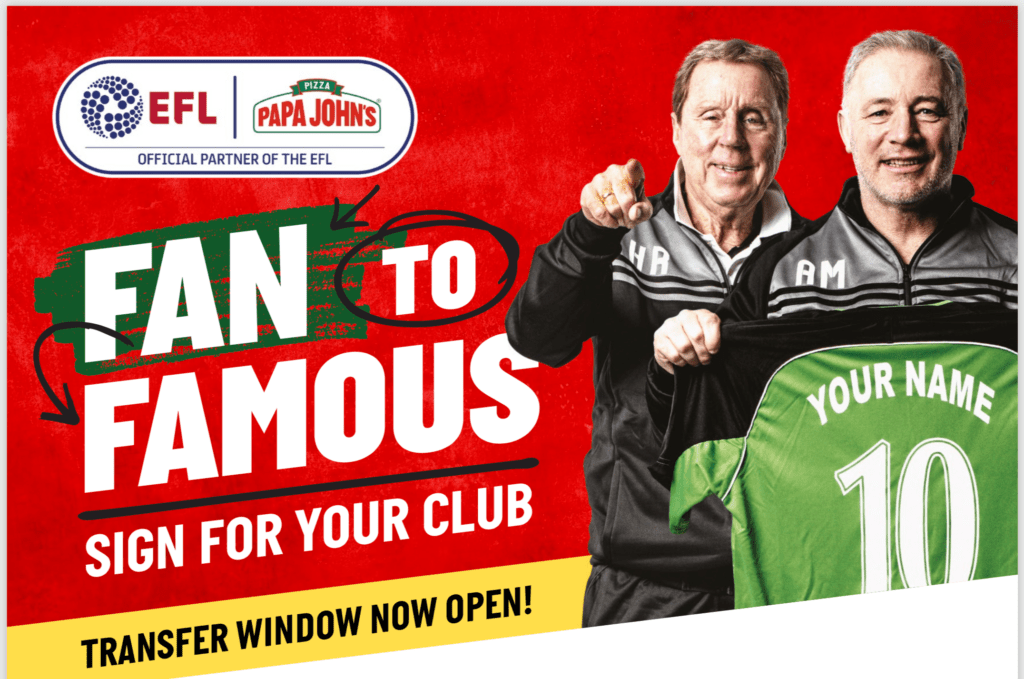 The former professional footballer, manager and sports personality was teamed up with the leading pizza chain by MN2S for a football-focused campaign.

Takeaway pizza giant Papa Johns have been partnered with Ally McCoist by MN2S for a new campaign that gives fans the chance to win a signed contract with their favourite club. McCoist and Harry Redknapp are encouraging football fans to take part in the promotion, with one lucky customer winning £15,000 for their chosen club, in addition to an official squad number, training session and meet-and-greet with the manager. To enter, fans must visit Papa John’s website and let them know why they deserve a shot at this once-in-a-lifetime opportunity.

Ally McCoist is a former footballer who’s now known for his work as a manager and pundit. As one of the sport’s most successful Scottish players, he became the Rangers record goalscorer and helped them win nine successive league championships in the ’80s and ’90s. McCoist has also had a successful media career, acting as team captain on BBC sports quiz A Question of Sport, before appearing as a pundit on ITV Sport, ESPN and Amazon Prime Video’s premiere league coverage.