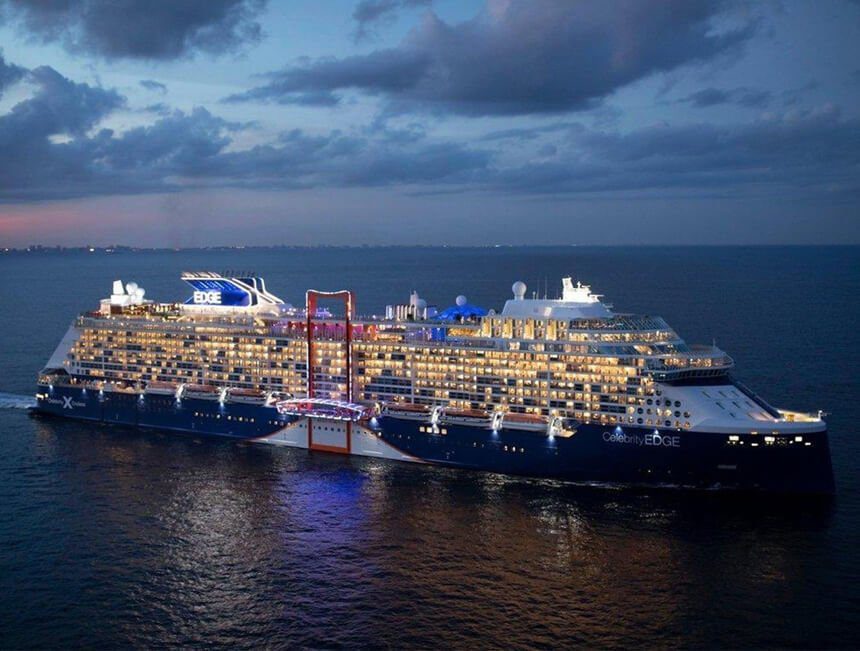 English actress, producer and fashion designer has teamed up with Celebrity Cruises to act as spokesperson for their latest campaign.

Celebrity Cruises are launching their latest cruise ship, the Celebrity Edge, this month. To promote the launch, they’ve conducted research into gender career expectations as part of their company-wide commitment to “smashing the glass ceiling” in the cruise industry. Their latest ship is the first of its kind to have 30% female officers on the bridge, and the company are the first publicly-traded cruise line to appoint a woman as president and CEO – they’ve also appointed activist and human rights advocate Malala Yousafzai as the official “Godmother” of the Celebrity Edge.

“Society needs to make young people believe in themselves and kick out all the old gender stereotypes – with passion you can achieve anything you want.”

To promote their latest ship and raise awareness around the issue of gender equality, Celebrity Cruises enlisted MN2S celebrity talent Sadie Frost to take part in radio and television interviews alongside Kate McCue, the ship’s Captain and the first American woman to captain a cruise ship, a record she achieved in 2015. Appearing acros Sky News, Channel 5 and a range of regional BBC radio stations, the pair discussed the research conducted by Celebrity Cruises, and the vital importance of gender equality in society and business.

To find out more about this campaign, please contact natasha.h@mn2s.com.

Royal Caribbean are offering a once-in-a-lifetime job to one lucky cruise passenger. James McVey, of pop-rock band The Vamps and I’m A…