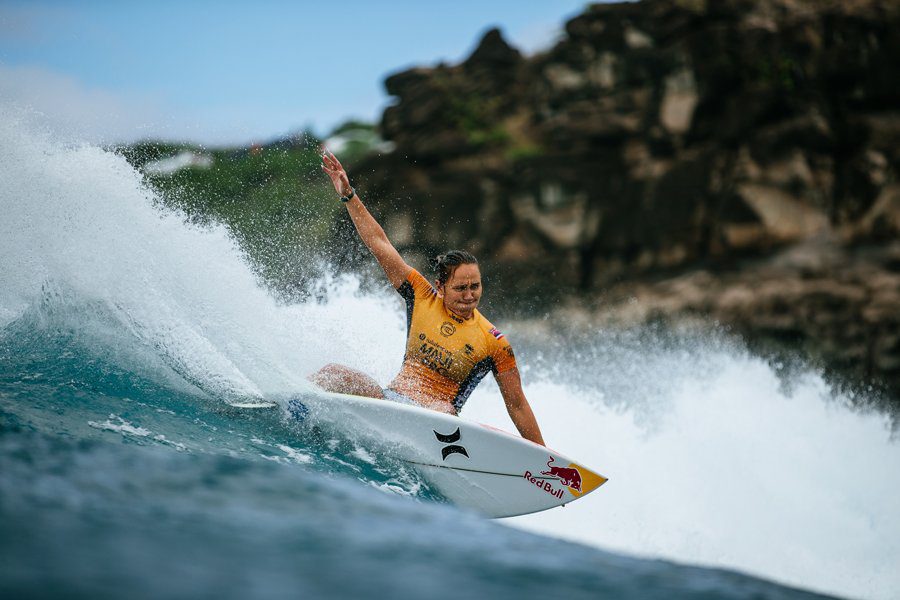 The tech giant was partnered by MN2S with Olympic surfer Carissa Moore for a campaign centred around the slogan Stronger Together.

Samsung, the official partner of the Olympic Games, is launching a digital walking campaign with Olympic athletes that competed at the Tokyo 2020 Olympic Games. The campaign is intended to connect athletes and fans and encourage users of Samsung products to take part in a digital walking challenge. Anyone can participate using the Samsung Health app, earning an Olympic badge once they complete 250,000 steps over the course of the campaign. Pro surfer Carissa Moore was booked through MN2S to promote the campaign, sharing the word on her social media accounts with millions of fans.

Carissa Moore is a four-time World Champion. Growing up a darling of the surf media, she has become one of the sport’s most iconic figures and an all-time great. With a bright and bubbly public persona, she’s used her fame to promote a number of good causes throughout her career, speaking openly on environmental issues, sexism and body shaming. With the Tokyo Olympic Games ahead of her, the sky’s the limit for this champion sportswoman.

MN2S partnered the actress with the Olympics for a video centred around their Stronger Together campaign. Danai Gurira has voiced an ad…

The Love Island heartthrob has teamed up with Carphone Warehouse to endorse the latest range of Samsung smartphones. Appearing in a trio…