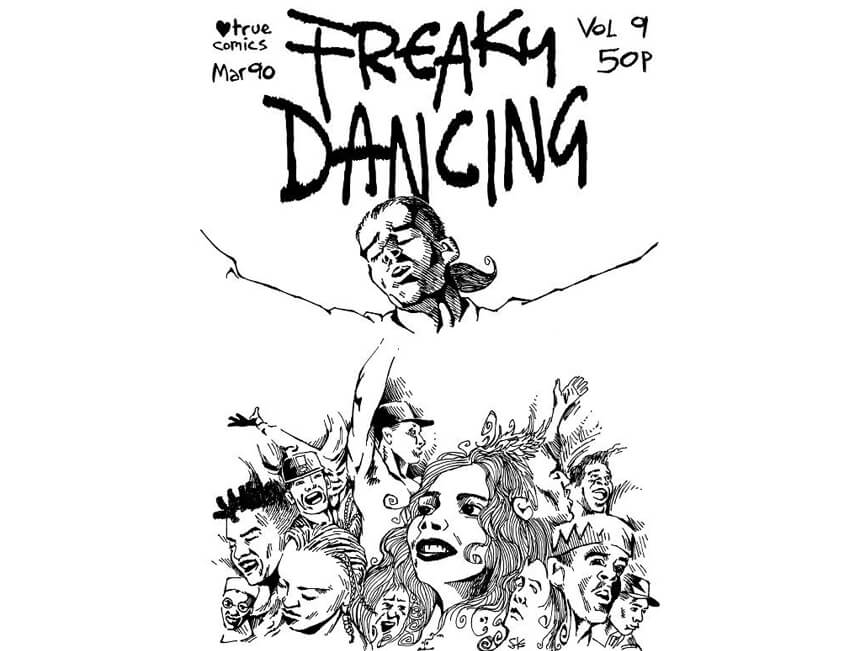 The Quietus are publishing an anthology of the acid house fanzine that documented the rise and fall of Manchester’s legendary Haçienda nightclub.

Freaky Dancing: The Complete Collection compiles 11 issues of the DIY publication, published between July 1989 and August 1990 during the peak of The Haçienda’s reign as Britain’s most famous nightclub. Acid house pioneer A Guy Called Gerald has contributed an introduction to the anthology.

Freaky Dancing documents the journey of The Haçienda “from blissful optimism to inevitable self-destruction”, painting a picture of “the most famous – and infamous – nightclub on earth.” Some copies of Freaky Dancing were handed out to those queuing for the club on a Friday evening, with the majority sold around Manchester the following weekend: at its peak, the unofficial fanzine had a readership of 750. Written by Paul ‘Fish Kid’ Gill and Ste Pickford, with help from their friends and Haçienda regulars, it was drawn during the week then – in true DIY spirit – printed using Ste’s office photocopier on a Friday.

Freaky Dancing is a potent capsule of a special time and place in all of its ragged psychedelic glory – essential for rave scholars and fans of DIY culture alike.

The book is to be launched with a one-off celebration in at Manchester’s Soup Kitchen, featuring a live Q&A with the editors, and performances from Classical Uproar and Suddi Raval. Tickets for the event can be purchased here.

Click here to buy a copy of Freaky Dancing: The Complete Collection.