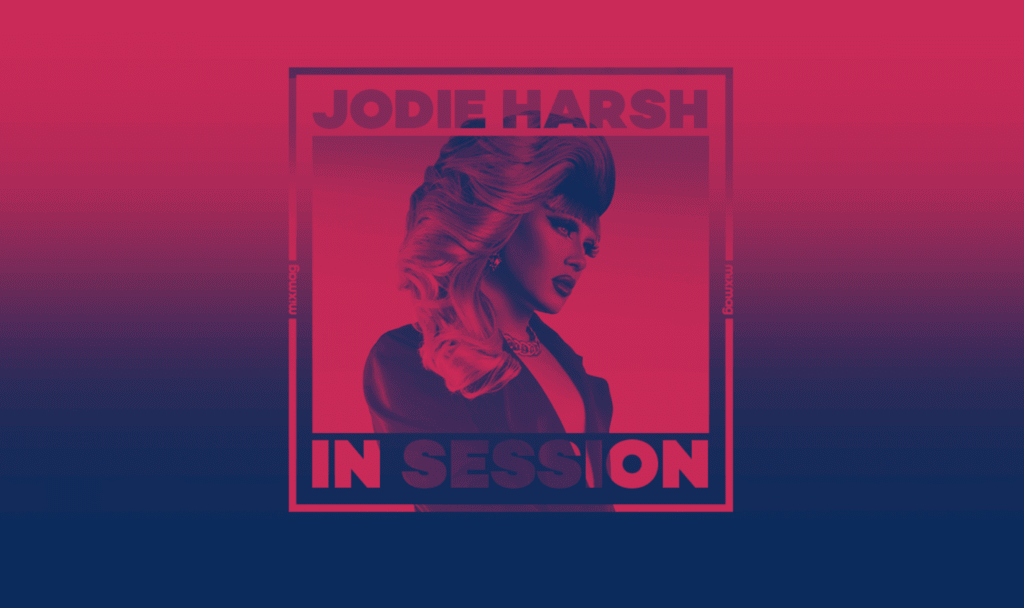 The “Queen supreme” of international nightlife offers up a red-hot DJ set for Mixmag.

Over the past decade, Jodie Harsh has dominated dancefloors across the globe, confirming a worldwide reputation as a technically flawless DJ and underground icon. Recent sets at Bestival, Milkshake Festival, NYX Amsterdam and Amsterdam Pride have completed a busy touring schedule that’s seen Jodie play at some of the world’s most established clubs, parties and festivals.

A London icon in hot-pink lipstick, Jodie Harsh is without doubt one of the dance music world’s most striking figures. As a DJ, Harsh has spun records in all four corners of the globe, regularly touring clubs across Asia, Australia, North American and Europe, playing with the likes of Beth Ditto, Diplo, Skrillex and Swedish House Mafia. Performing at Glastonbury, Bestival, Lovebox, the MTV EMAs and the BRITs, Jodie has also appeared on Pete Tong’s BBC Radio 1 show.

Her production career has equalled the success of her work as a DJ, with the popularity of her effervescent house sound leading to remix requests from Beyonce, Fergie, Cher and Justin Timberlake, landing three No. 1’s on the US Dance Chart in the process. Alongside the singles ‘Frequency’ and ‘Mandolin’ for Room Service, Jodie has hit No. 1 in Spain with the Mel C-featuring ‘The Night’, and recently collaborated with Charli XCX and SOPHIE on ‘Secret’. Check out her “In Session” mix below.

“Jodie’s In Session is ready-made for the weekend and is a scorching, hour-long love letter to the club culture that has inspired her and that she continues to promote around the world.”

We are very pleased to welcome the legendary Jodie Harsh to the MN2S booking agency DJ roster this week. Garnering acclaim with…

We take a look at the floor-filling genre of Nu Disco. In 2008, popular dance music download site Beatport launched a new…