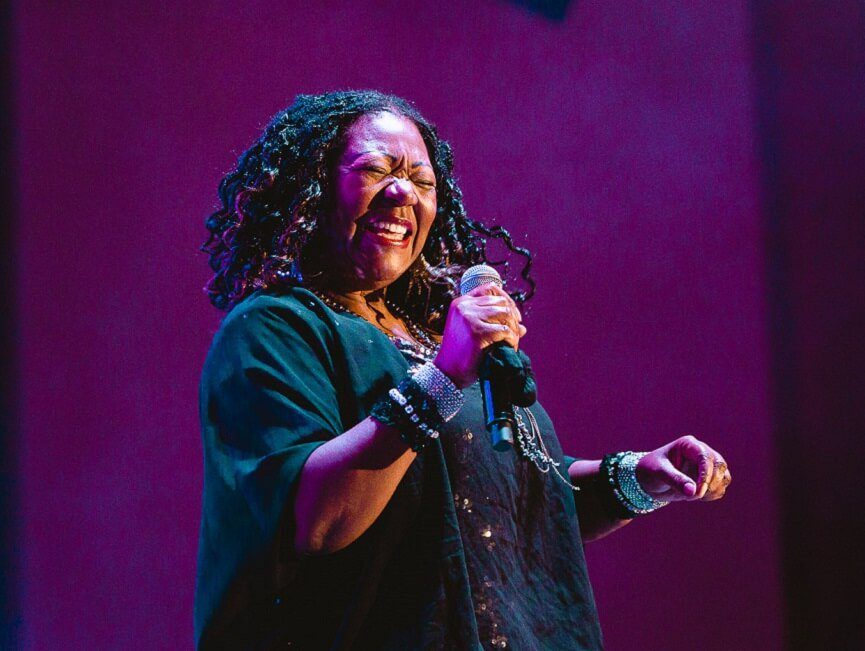 Boney M are the harmonious voices behind some of the most recognisable hits of the late 70’s and early 80’s.

Their unique brand of glittering disco-pop, packed with sparkling synths, bumping beats and irresistible vocal hooks, propelled them to international fame as one of the biggest-selling pop groups in musical history. In this retrospective, we take a look back at one of their most famous recordings, the ever-popular Christmas single ‘Mary’s Boy Child’.

Originallyformed in Germany by writer and producer Frank Farian, the group broke into themainstream in 1976 after their debut single ‘Daddy Cool’ hit No. 1 in severalEuropean countries. In the years since the heights of their success, Boney Mhave released several massively popular compilation albums and greatest hits collections,firmly establishing themselves as legendary artists that have enduringpopularity in the modern day.

‘Rasputin’,‘Rivers of Babylon’, ‘Daddy Cool’, ‘Sunny’, ‘Ma Baker’, ‘Belfast’, ‘Brown Girlin the Ring’, – the timeless hit singles of disco outfit Boney M have enjoyed enduringpopularity since their chart-topping reign in the 70’s and 80’s. Stillregularly played at events and nightclubs across the world, these Eurodance classicscame to define the sound of an era, bringing them worldwide acclaim and sellingover 150 million records. However, it was their beloved Christmas track ‘Mary’sBoy Child’ that became the UK’s fastest-selling single and the 11thbest-selling song of all time, selling millions of copies across the globe.

Thetimeless Boney M track is a cover of a 1956 Christmas song, originally writtenby Jester Hairston. It was first recorded by Harry Belafonte, reaching No. 1 onthe UK Singles Chart in November 1957 and becoming the first single to sellover one million copies in the UK alone. However, it was the recording made byBoney M in 1978 that helped to bring the song to global notoriety, enshriningit as a Christmas classic beloved by fans all over the world. It has beencovered by countless other acts since it’s debut and remains a popularChristmas carol among festive revellers.

BoneyM’s version of ‘Mary’s Boy Child’ features elements from Hairston’s originaltrack, interpolated with newly written material: this is why the track’sofficial title is ‘Mary’s Boy Child / Oh My Lord’. Boney M member MarciaBarrett has said that “”I always thought of Boney M. as being put togetherby a spiritual force, and we liked doing spiritual songs. When we did Mary’sBoy Child, we added a bit spontaneously at the end. As it worked, we left itin.” It has  been reported that the recordingof the song was a last-minute, spontaneous decision, and that the track washurriedly recorded in an effort to hit the shops before Christmas. The song wasa bigger success than anyone could have imagined, topping the UK Singles Chartupon its release and becoming the 1978 Christmas number one.

Speaking to the Daily Express about the track’s anniversary, Liz Mitchell said: “”Others play once and hit the jackpot and that’s how it felt with Mary’s Boy Child. I was in the right place at the right time. It was only decided to record it at the last minute and although singing a track in the studio more than 50 times in one session – including lead, backing vocals, harmonies and all the oohs and aahs – was very hard work, we created something very special which has endured over the past four decades. Every year people of all ages come up and tell how much the song reminds them of precious family time together at Christmas. It’s truly magical.”

A closer look at all of Boney M’s greatest hits—from Daddy Cool to Feliz Navidad.   After forming in 1974, Boney M…

MN2S have booked American queens of disco Sister Sledge to perform at Children with Cancer’s 2018 UK Ball.   The event, taking…