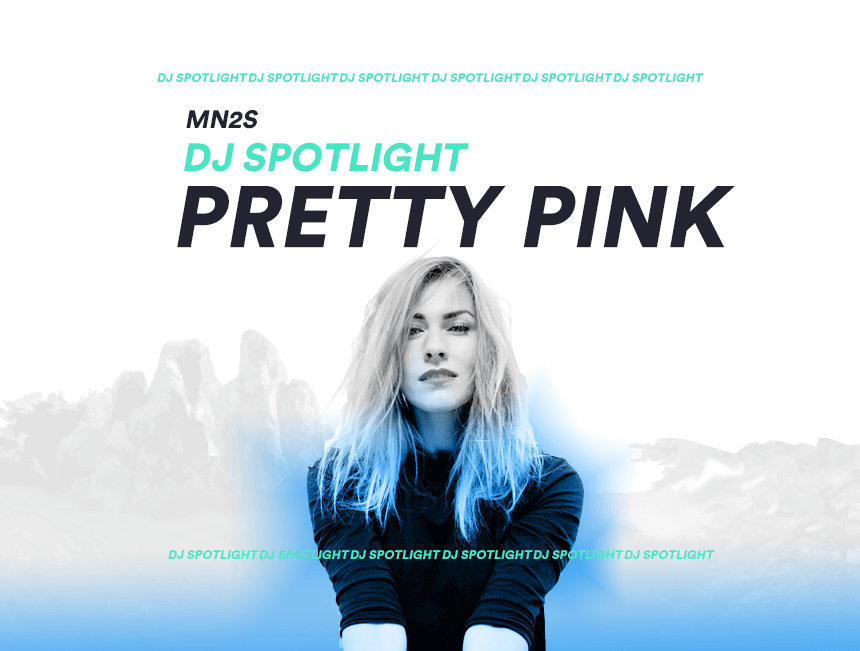 One of the industry’s most exciting names, Pretty Pink continues to redefine the limits of what a DJ is capable of.

Anne K – better known under her DJ alias Pretty Pink – broke into the international dance music community in 2013, after an inspired edit of Daft Punk’s pop phenomenon “Get Lucky” caught the attention of fans and DJs alike. Though she stumbled into DJing almost by accident, standing in for a resident at a local club, her success has been anything but unintentional.

Through talent, dedication, and a knack for self-promotion, Pretty Pink has risen through the ranks to become one of Germany’s most successful exports. An in-demand selector with hundreds of shows under her belt, a Beatport Top 10 producer with releases on Universal and Armada, and a musical entrepreneur with her own label, event series and clothing line, Pretty Pink is one of contemporary dance music’s most enterprising figures.

As part of our DJ Spotlight series, we caught up with Pretty Pink to get an update on what’s in store for 2019 – check out the interview, along with an exclusive 60-minute mix, below.

Thanks for recording a mix for our DJ Spotlight series. Could you tell us about the thoughts behind it – was there a specific theme or sound in your mind, or any particular influences? Any great tunes you could tell us something about?

The playlist for you is my personal best of 2018! Especially I love my single “Overrated” with the great vocal of Emina Sonar. And by the way, the track is of course not overrated, it´s just the title! The track was released on the label “Found Frequencies” by my buddy and colleague “Lost Frequencies” and reached one million plays on Spotify within a month.

Tell us about what you’ve been up to in 2018 – any new releases we should know about?

2018 was a great year and 2019 will hopefully continue as well! Currently I’m looking forward to the release of my EP “Blooming Danser” on March 01. The EP contains five new tracks, the sound is very melodic and dreamy, very deep and I love it. I hope you do too!

What was your best show of 2018: where was it and what made it special?

I think all shows and festivals have been epic. I can´t name just one! This summer was amazing at all the festivals I played. I also did a view Vlogs on this thematic, so I let the people be part of my experiences, show them some backstage situations on each event I joined. You should check the Youtube channel and maybe you find some shows and festivals you never have heard before to visit next year. And after the festival season, the club season starts and this is also amazing, when you meet known people after a long time they want to celebrate with you!

One day the resident DJ in one of the clubs was not attending and I was asked to step in. I was totally excited and jumped into the cold water.

You’re both a producer and a DJ, but which came first? Tell us about how you discovered electronic music.

I first became a DJ, after a time I wanted to create my own music and so I became a producer. I was interested in art, graphics and creative processes since I was young. After school I made flyers for clubs and discos in the area. The love of music has always been there at the same time. From new wave to Depeche Mode, indie sounds like Placebo to electro and techno, I liked everything. One day the resident DJ in one of the clubs was not attending and I was asked to step in. I was totally excited and jumped into the cold water. After that I was totally enthusiastic in playing records and practiced, practiced, practiced…

As both a DJ and producer, do you find it difficult to achieve a balance between the two in your working life?

No, I love both! When I go on stage, I usually get ideas for new songs, which I then try to implement during the week and form into new tracks. That means, I like it very much that both processes, the live gigs and the producing of music complement each other so well. I don’t draw a clear line at all, but for me both are intertwined.

When I go on stage, I usually get ideas for new songs, which I then try to implement and form into new tracks. Live gigs and production complement each other so well: I don’t draw a clear line, but for me both are intertwined.

You run your own label, Wanderlust – could you tell us about how that started?

I am very proud to release my music on major labels like Universal and Warner. But I wanted to be even more flexible in releasing my music, I didn’t want to interrupt the creative flow. That’s why the idea of my own label came to me. On my label I not only release my own music, but also tracks from other young artists. I love the musical dynamics that come with it!

What’s the philosophy behind the label, what are you trying to achieve with it?

The label is called Wanderlust and I associate it primarily with the way I come up with new ideas for my music. I travel a lot, and always get the best ideas for music when I’m on the move. It also has something to do with the fact that you shouldn’t stand still, but always stay in motion, that’s the only way to get new input.

What are you working on currently? Are there any upcoming projects in 2019 that you could tell us about?

Beside my EP “Blooming Danser”, which will be released in March, I’m currently working on a new event series for my own label “Wanderlust”, it´s called “Wanderlust Labelnight”, which will take place once a month starting in March. I’m also working on my first own “Pretty Pink” fashion collection, which will be available online in spring – I´m very excited!

Finally, could you give us two tunes: one classic track, and also something new that’s caught your ear?

One of my all-time favourite classic tunes is the theme of“Knight Rider”, when I was a child I loved this series so much! And now a DJand producer I created my very own version of this theme – called “Rider”!

And my current favourite track is Monolink “Father Ocean”, it´s so melodic – I love it!