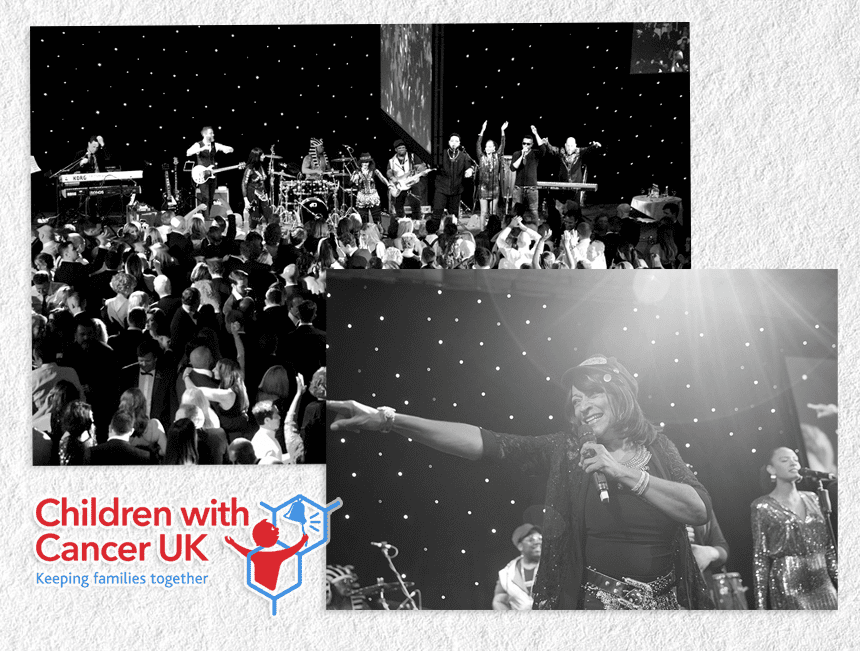 The event, taking place in November at the Grosvenor House Hotel in London, helped to raise over £750,000 for the charity. Children with Cancer supports research into the treatment of childhood cancers and helps to provide improved facilities for children and their families. The funds raised from the 2018 ball will be used to finance the charity’s research, support the families of those affected, and raise awareness of childhood cancers. Also performing was impressionist and comedian Jon Culshaw, of Dead Ringers fame.

“We were delighted to have Sister Sledge as our headline performers, especially given it was our 30th anniversary celebration.

There is so much synergy in what Children with Cancer UK and Sister Sledge represent – both real positive forces and true family units. It was a perfect fit, and the band delivered a truly spectacular performance.”

Sister Sledge are the iconic American act behind some of the most beloved hits of the disco era.

Since their debut in 1975, they have released ten studio albums, their extensive list of hit singles includes the party classic “We Are Family” (also the name of their debut album) along with “He’s the Greatest Dancer”, “Lost in Music”, “My Guy” and “Mama Never Told Me”. The group enjoy continued popularity in 2018, regularly performing at events and festivals across the globe.

Sister Sledge are available for bookings through MN2S.

DJ Shadow just played his first Essential Mix in 13 years. In light of this we look back at some of the…

Every year has its own unique music trends. These are the most prominent of 2019 so far.    With the year well…