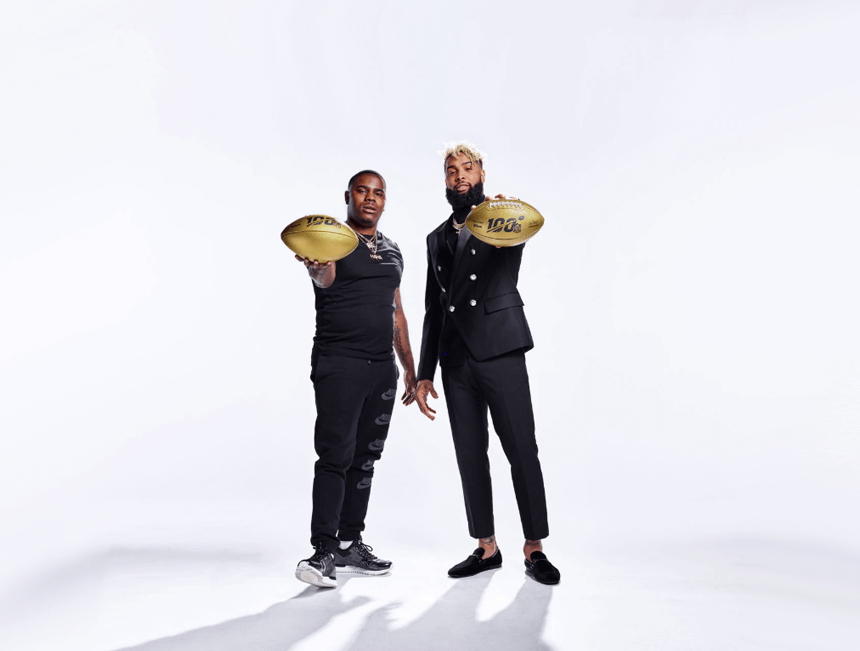 Legendary NY hype-man Fatman Scoop has recorded the soundtrack for the NFL’s 100th season Super Bowl film, lending his unmistakable voice, music and energy to a landmark advertisement seen by millions of viewers across the globe.

This weekend’s Super Bowl LIII sees the two-time defending AFC champion New England Patriots face off against the Los Angeles Rams, marking the end of the NFL’s 99th season – which means the 100th is right around the corner. This historic anniversary isn’t set to kick off until September, but the NFL are giving viewers a taste of what’s to come with an ambitious commercial premiered before today’s halftime show. Directed by Friday Night Lights creator Peter Berg, this historic advertisement will continue to run throughout 2019 and the NFL’s 100th season.

“I’m thrilled to have had the opportunity to work together with the NFL, 72 and Sunny and Fatman Scoop to put this historic ad spot together.”

Featuring an all-star cast of over 40 active and retired players brought together in one room, this unforgettable ad includes, among others, Terry Bradshaw, Tony Gonzalez, Franco Harris, Von Miller, Marshawn Lynch, Deion Sanders, Larry Fitzgerald, and Peyton Manning. One of the most highly-anticipated advertising events of the year, the NFL’s ad is set to kick off their centennial celebrations with a bang, acknowledging the history of the game while setting the tone for the upcoming year-long celebration of their 100th season. The two-minute Super Bowl ad sees a black-tie dinner transform into an uproarious football free-for-all, with greats of American football young and old facing off to the sounds of Fatman Scoop, whose instantly recognisable vocal hooks bring an irresistible energy to the commercial.

Watch the #NFL100 #SBLIII commercial before the halftime show. pic.twitter.com/2QynlGcwx6

Speaking about his involvement with the ad, Fatman Scoop said: ““I was more than excited to work with the ad agency 72 and Sunny on this ad, and big thanks to my agency MN2S for hooking this up. These guys killed it with this ad and I can’t wait til the fans get to see what we’ve come up with.”

The Super Bowl isnot only the crown jewel of the sporting calendar, but also one of theentertainment industry’s biggest events, with a halftime show that invariablyfeatures jaw-dropping line-ups comprised of the hottest names in Americanmusic. This year is no different, with Maroon 5, Travis Scott and Big Boitaking to the stage at Atlanta’s Mercedes-Benz Stadium. One of the most-watchedevents in American television, the Super Bowl was seen by close to 120 millionpeople in the U.S. alone last year, with global viewing numbers likely stretchinginto the billions.

How PR Campaigns Can Capitalise on Celebrity