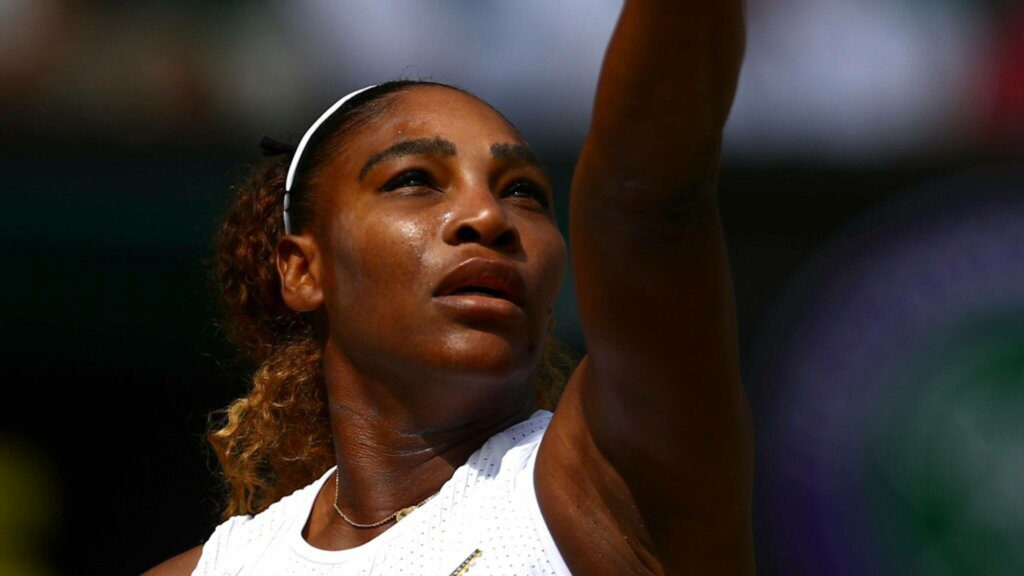 In our Talent Profiles series we shine a spotlight on some of the biggest names that MN2S have worked with. As Wimbledon wraps up over in the UK, we’re highlighting five world-renowned sports legends from the MN2S roster.

Ranging from actors to sportspersons, models to celebrity chefs, there’s no niche that our extensive roster doesn’t cover. This week we’re highlighting the talents of five accomplished sportspersons that have reached the top of their game, demonstrating a commitment to excellence that has inspired countless others. Many of the names on our roster are available for brand partnerships, virtual Q&As and online event appearances. Please get in touch to discuss your specific needs.

American professional tennis player Serena Williams is one of the world’s most accomplished athletes and one of the most formidable players to have ever stepped on the court. Achieving her first number one ranking in 2002, she has since spent a total of 319 weeks at the top spot and ranked number one on eight separate occasions. Serena Williams is a born winner: having won 88 percent of her matches across her entire career, she has secured 72 career singles titles, 23 doubles titles and two mixed doubles titles. After winning the 2017 Australian Open, Williams surpassed previous record holder Steffi Graf to reach an incredible Open Era record of 23 grand slam singles titles. That’s three more than Roger Federer.

Often spoken of as one of the greatest female tennis players of all time, Serena is currently the world’s highest paid female athlete, earning $27 million in 2017. Over the course of her illustrious career, Serena has won over $84 million in prize money, more than any other female athlete in history. Along with her sister, Serena has brought a new sense of power and toughness to the sport that has seen it grow in popularity, shining a spotlight on women’s tennis and inspiring generations of athletes across the globe.

Still well-known and much loved within the UK, Robbie Fowler was a celebrated professional footballer who played most of his career with Liverpool in the top flight in English football. Fowler, since retiring, has taken up property management and boasts a vast portfolio. He now tours the country offering advice on such matters and is a great speaker, charity host and inspirational character who can motivate sporting and corporate audiences with his charm and insight. During his playing years from 1993 to 2012, Flower played up front as a striker and netted a total of 120 goals in 236 games for The Reds. He also played for Leeds United, Manchester City, Cardiff, Blackburn, and three sides in Australia later in his career.

In this time he won many honours including the FA Cup, League Cup twice, FA Charity Shield, UEFA Cup and Super Cup, as well as winning many individual awards for his prowess with the ball. These include Young Player of the Year, a Fair Play Award and Player of the Month awards a number of times. Hugely popular with players and fan alike, Robbie is a charismatic character who was included in England’s squads for Euro 96, Euro 2000 and the 2002 FIFA World Cup. In all he played for the national side 26 times and scored seven goals. Known for being a natural scorer and with a great knack for goal poaching, he remains one of the game’s most celebrated and in demand sporting stars.

Boris Becker is one of tennis’ most enduring stars. The former German professional is now a much-loved pundit for the BBC, offering his great insight into the game during coverage of tournaments like Wimbledon, whilst also coaching greats such as Novak Djokovic. Dropping out of school at a young age to pursue his love of tennis, Becker turned pro in 1984 aged just 16 and immediately began to see great success on the men’s tour.

Boris was the youngest person to ever become a mens champion in the history of the game and it was in 1985, aged just 17, playing at Wimbledon, when he did so. This early success was not a one-off, as Boris continued to dominate for years. In fact, he won five more Grand Slam championships and an impressive grand total of 49 career singles titles. Famed for being a powerful and determined player when on court, Boris won the Australian Open, 22 consecutive Davis Cup singles matches at one point in his career and also won an Olympic Gold Medal in 1992. His career earnings sit at more than 25 million dollars. Boris was rightly entered into the International Tennis Hall of Fame in 2003 and remains a legend of the game.

Alistair and Jonathan Brownlee are two brothers from Yorkshire conquering the world of the triathlon. Both starting out at an early age, the brothers now have countless medals between them and have become globally recognised as legends of the sport. Alistair is the current Olympic and Commonwealth champion in the triathlon, winning his Olympic Gold in his home country at London’s 2012 Olympics. Jonathan finished third in the same race, taking home the Olympic Bronze. These current titles were preceded by countless other wins: Alistair was the Triathlon World Champion in 2009 and 2011, World Champion in 2011 and 2014, and European Champion three times, and Jonathan was World Champion in 2012 and Under 23 Triathlon World Champion in 2010. The pair competed in the 2016 Rio Olympics for Team GB, with Jonathan taking home silver and Alistair securing a gold medal, both further establishing their reputation as iconic athletes that have reached the top of their game.

After their runaway success at the London Olympics, the brothers set up the Brownlee Foundation, which provides young children with the opportunity to get involved in mini triathlon events. They also authored a best-selling book about their experiences called ‘Swim, Bike, Run: Our Triathlon Story’, which included insight into the brothers’ notorious training techniques.

The legendary American boxer Sugar Ray Leonard was the first fighter ever to amass more than 100 million dollars in prize money for his victories. He secured world titles in no fewer than five different weight divisions and had a lengthy spell as undisputed welterweight champion. In his career he beat highly regarded foes and future Hall of Famers including the likes of Hearns, Durán, Hagler, and Wilfred Benítez. All these successes earned him the honour of being named the Boxer of the Decade in the 1980s. Sugar also won gold in two Olympics as an amateur and finished his career with an astounding record of 36–3–1 with 25 knockouts.

Often said to be one of the best to have ever gloved up and entered the ring, Sugar Ray was part of the ‘Fabulous Four’ group of top boxers that fought many entertaining battles during the 1980s, including Thomas Hearns, Marvin Hagler, and Roberto Duran. It was these fights that spotlighted the lower weight classes after the dominance of Muhammad Ali and other heavyweights in previous years. Since retiring from the sport, Sugar Ray has appeared on plenty of TV shows and has worked as a brand ambassador on commercial campaigns for the likes of Sketchers trainers. A renowned figure within both boxing and the sporting world as a whole, he is still often spotted at boxing matches and regularly asked for his views and opinions on the sport’s development.