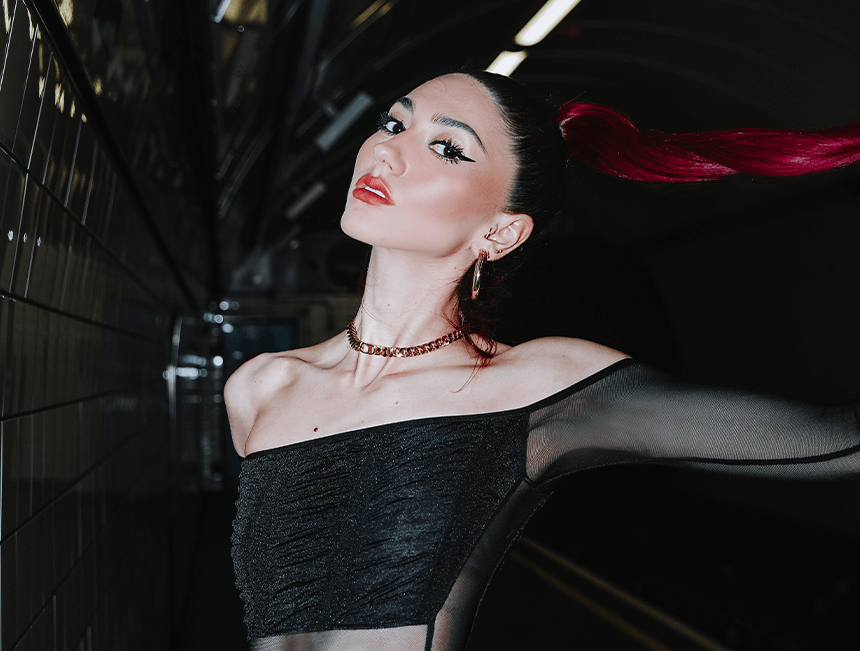 Amber Donoso appeared on Trace Hits Recommends to speak about her latest single, “Candela”. Speaking about having a deep love of performance from a young age, she told Trace: “I was always such a performer… I would air-play the guitar and pretend to have a microphone in my hand”. Trace Hits can be found on Sky Channel 359, bringing viewers the hottest vieos and biggest smash hits dominating the charts right now.

Reggaeton-pop artist Amber Donoso released her latest single, “Candela”, on 30th April. The release sees Amber continuing to develop the Latin-inspired musical style that has defined her most recent output and reflects her Latin American background. With lyrics speaking profoundly from a female perspective, Amber uses her new single to give women the strength to find power in themselves, while showing the inner strength to be found in femininity. Enlightening and empowering, Amber’s latest release encapsulates her unique approach to music while offering a glimpse of what to expect from this phenomenally talented artist as we move further into 2021.