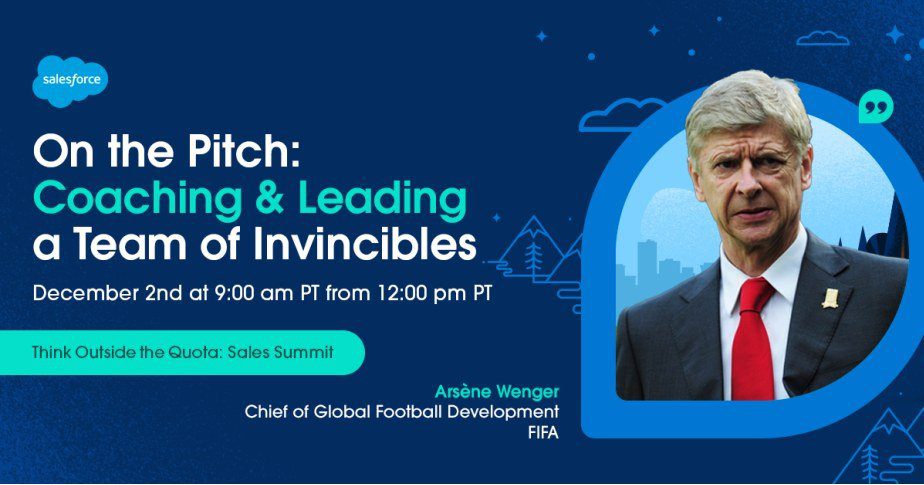 The footballing legend was booked through MN2S to speak for Salesforce’s virtual event.

Arsene Wenger was booked through MN2S to contribute a keynote speech to a series of on-demand keynote presentations presented by Salesforce. Featuring insightful tips from industry-leading speakers, the Think Outside The Quota series features videos from 30+ top sales leaders, chief revenue officers, and celebrity talent such as Arsene Wenger. In his session, On the Pitch: Coaching & Leading a Team of Invincibles, Wenger speaks about how to successfully lead a team towards achieving common goals.

Arsene Wenger is a former French football manager and player who is currently acting as FIFA’s Chief of Global Football Development. As the manager of Arsenal from 1996 to 2018, he was the most successful and longest-serving manager in the club’s history. As a true footballing legend, Wenger made a significant impact on the development of the sport and stands as one of the most famous players and managers to ever step on the pitch. Arsene Wenger was awarded an OBE in 2003.

The author and intellectual was booked through MN2S to visit the WMU campus, deliver a talk and host a panel discussion. Irshad…