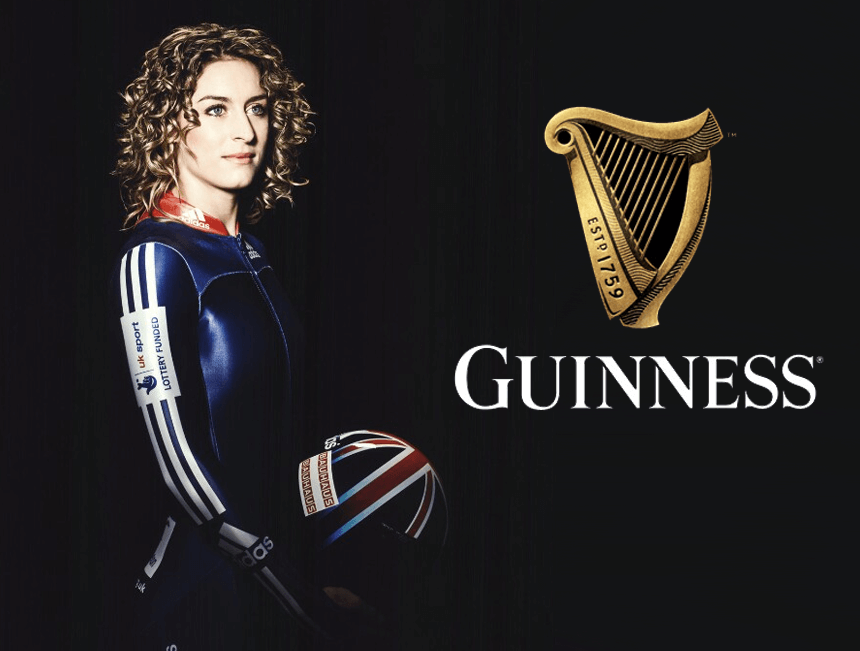 Two Olympic medallists from the MN2S roster attended an event sponsored by Guinness, taking part in Q&As and promoting a new documentary that celebrates women in sport while sharing their experiences through Instagram.

Former skeleton racer and Olympic gold medallist Amy Williams joined open water swimming world champion and silver medallist Keri-Anne Payne at an exclusive event thrown by Guinness, aimed at inspiring the spirit of inclusivity across the world of sport, encouraging women across the globe to get involved in sport and challenge gender imbalance in the sporting world.

I’m honoured to be invited to an event about inclusivity in sport and celebrating sporting pioneers. This story is one that brings me goosebumps & is about the story of the Liberty Fields RFC, a team from Japan who came together through rugby to overcome the odds.

The event, taking place at London’s Flatiron Square, was attended by an array of world-class talents from the sporting world, along with influential figures from both traditional and social media. Featuring in-depth Q&A sessions with sporting personalities, the event explored the prescient issue of gender imbalance in sport by showcasing the talent, passion and spirit that modern sportswomen display.

Guinness produced a documentary surrounding this theme, showcased at their event on 15th July. Detailing an inspirational story of a Japanese female rugby team that triumphed against discrimination to pursue their dedication to the sport, “Liberty Fields” tells a remarkable tale of a group of women defying societal conventions in ’80s Japan to form one of the world’s strongest rugby teams, with many members ultimately representing their nation in the Women’s World Cup.

“In a society that shunned female athletes, #LibertyFields RFC proved determination and togetherness win out in the end.”

“I’ve been incredibly lucky to have had a great sporting career, but even in the UK there are many barriers still to be overcome. Seeing a brand like Guinness address this head on is a watershed moment for women’s sport and I hope it ignites plenty of conversation on diversity and inclusion.”