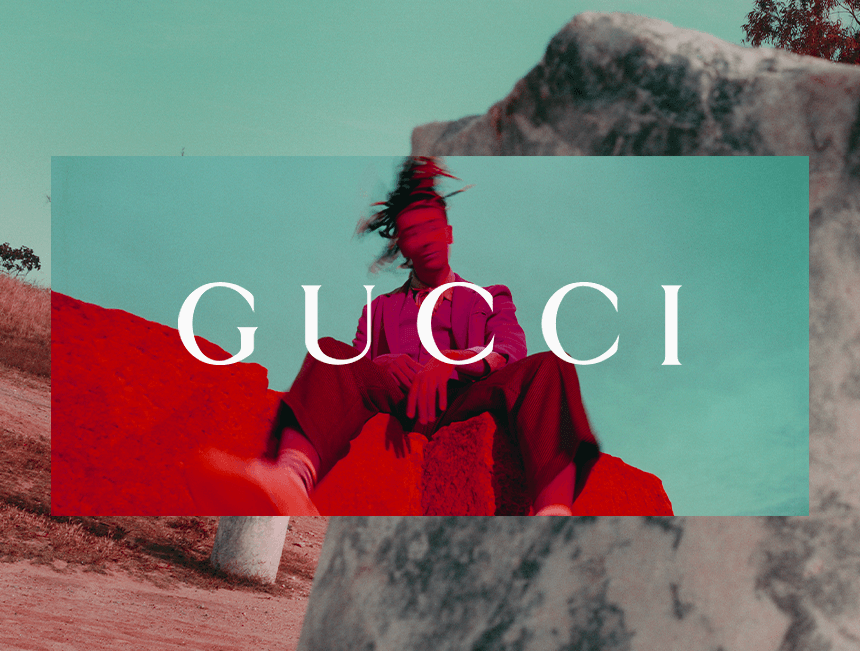 Following on from the success of a visionary series of films profiling influential and talented figures shaping contemporary culture, ‘The Performers’, GQ and Gucci have partnered with Vogue to produce a new series on the same theme. Gucci’s director has chosen platinum-selling Italian rap artist and style icon Ghali Amdouni, booked through MN2S, to be involved in the series’ first edition, a boldly artistic and touchingly poetic exploration of his personal journey and philosophy of love and unity. With songs that embrace ideals of tolerance and reject the xenophobia and racism that still plague Europe, Ghali hopes to bring people together through his music, healing the wounds that divide us.

“Immersive and revealing, the series provides a unique window into their way of seeing and thinking, their ideas and impressions of the world.”

The short film accompanies Ghali and his mother as they return to the country of their family’s origin, Tunisia. The hip-hop artist offers moving reflections on his personal journey and that of his family: born to two Tunisian immigrants, he was raised by his mother after his father left, only to end up imprisoned.

The rapper’s childhood was marked by struggle and instability, yet Ghali nonetheless developed an ardent passion for creativity and artistic innovation, transforming his personal experiences into words and music that have since captured the hearts of a nation. His songs send out a message of inclusion, love and harmony, a sentiment that’s reflected in his style and image, a bold and vibrant aesthetic that – like the man himself – refuses to bend to convention or intolerance.

“I learned that I could win my social battles through music and that, instead of violence, my weapons would be the words and lyrics of the songs. I started writing as a homework assignment, now I write for the whole of Italy.”

To find out more about how MN2S can find the right talent for your brand campaign, get in touch today.