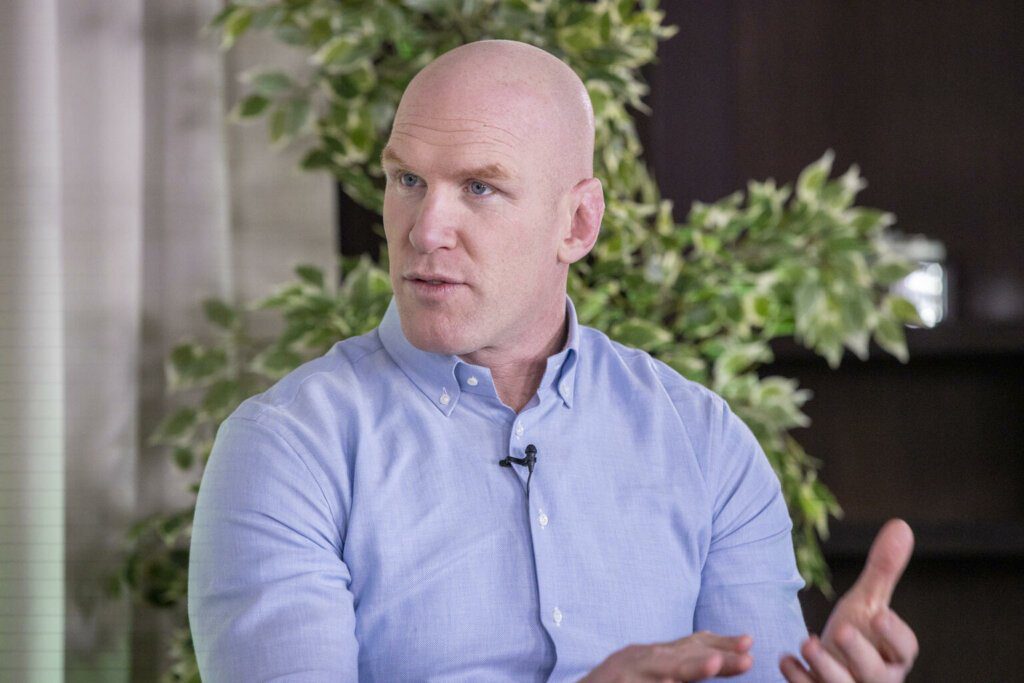 The legendary former rugby union player was booked through MN2S to take part in a virtual event for Workday employees.

Paul O’Connell was chosen by Workday to take part in “Irish Icons” a “fireside chat” style interview series that features iconic Irish figures from the worlds of sport, entertainment and business. The interviews are filmed and streamed live to employees as a virtual event aimed at inspiring company morale. In his interview with Workday, Paul answered questions about his impressive career on the pitch, his approach to leadership, and his new role as coach for the Irish national team.

Paul O’Connell is a former rugby union player. Following his retirement, he was Ireland’s third most-capped player and the eighteenth most-cappd international player in rugby union history. During his illustrious career, he captained Ireland, Munster and the British and Irish Lions. He recently became the forwards coach for the Ireland national men’s team. Workday are a software company that offers cloud finance, HR and planning systems for use in large corporations. Their clients include Adobe, Netflix, Santander, Siemens and VISA.

Ruby Bhogal contributed this tantalising recipe to GQ just in time for Father’s Day. Check out Ruby’s recipe via the GQ website….