Globally renowned DJ, producer and remixer EDX has beenspinning a mix of progressive, electro and deep house for over two decades. As Beatport’stop charting artist of 2015, he solidified a reputation as dance music royalty,only to double down in 2019 with a Grammy nomination for Best Remixed Recordingthat recognised his inspired edit of Charlie Puth’s hit single How Long.

Now signed to the venerable imprint Spinnin’ Records, EDX hasreleased across a range of influential labels, including Toolroom, Armada, UltraRecords, Warner Music and his own operation, Sirup Music. An essential choicefor pop artists looking to put a club-focused spin on their hit singles, he’sremixed for Beyoncé, Mary J. Blige and Janelle Monáe while reinventingfloor-fillers from Avicii, Calvin Harris, Roger Sanchez and Deadmau5.

Continuing to establish a reputation as a globally renownedDJ that equals his acclaim as a producer, EDX plays around 150 shows globallyeach year, holding down key residencies in Las Vegas and Ibiza while gracingthe decks at some of dance music’s most venerated institutions. His success onthe circuit has led him to found mix series and worldwide events brand NoXcuses, a live phenomenon that sees the DJ bring an expertly curated line-up ofboth rising and established selectors to perform alongside him in blisteringsets that have torn up dancefloors at clubs, events and festivals worldwide. 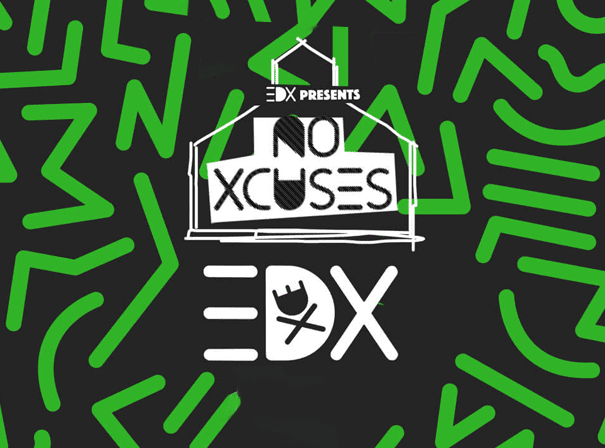