Known globally for both his DJ career and groundbreaking show production, Kryoman is a Miami-based electronic dance music DJ who has worked with some of the world’s biggest stars. Simultaneously succeeding in his production career as well as in the studio, Kryoman has been an integral part of the music industry for decades. He’s worked with countless household names including Nicki Minaj, Lil Wayne, Akon, Pitbull, Usher, and Shaquille O’Neal while bringing his robotic light shows around the world with Steve Aoki, David Guetta, and The Black Eyed Peas.

Andy Moore, the mastermind behind Kryoman, began his DJ career in Ibiza in 2000 and was quickly recognized by David Guetta. In 2009, Guetta invited Kryoman on his worldwide tour where he first conceptualized his iconic robot suit. Towering over the audience at over ten feet tall and equipped with LED lights, CO2 guns and other special FX, this concept was instantly popular with the biggest names in EDM. Combined with his work on some of the most popular music videos of the era, Kryoman became a force to be reckoned with in the music scene.

His DJ career continues to blossom, with Laidback Luke notably remixing his track “Loaded” in 2015. The next year, Kryoman released “My Squads Lit” alongside Shaquille O’Neal, one of the first original electronic tracks featuring the NBA superstar turned DJ Diesel. His trademark robot suits continue to amaze crowds globally, with Kryoman performing a set at the mainstage of Miami’s Ultra Music Festival in 2019 along with appearances at Ultra events in Croatia, Singapore, Korea, Japan, and China. 2019 also saw the versatile artist share the stage with rap icons Nelly, Snoop Dogg, and Lil Jon, as well as the release of his multi-genre debut LP, ​The Fight for Love Album . 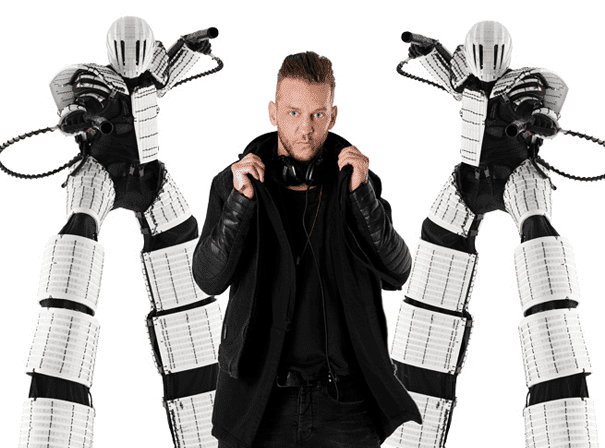