Known in the music industry as a DJ’s DJ, Mixmaster Morris is one of dance music’s most beloved figures. A true underground legend, Morris has played in over fifty countries at clubs, venues and events of all sizes, making regular appearances at countless festivals worldwide. Appearing in ‘World’s Best DJ’s’ lists in several publications, he’s held down a six-year residency at Glastonbury Festival and warmed up for The Prodigy and The Chemical Brothers.

Starting his career on pirate radio in 1985, Morris made history in 1990 by putting together some of the first chillout compilations, including ‘Chill Out Or Die’ on Rising High Records, and later, ‘The Morning After’ on major-label subsidiary Positiva. Not only a talented selector, Morris also produced ambient electronica records throughout the ‘90s as The Irresistible Force: 1992’s ‘Flying High’ and 1994’s ‘Global Chillage’ pioneered the ‘chillout’ sound, combining loops and samples with detailed atmospherics to produce cosmic soundscapes that captured the imaginations of electronic music fans worldwide.

After collaborating with Pete Namlook on the legendary Dreamfish series and releasing his third solo record in 1998 for notable imprint Ninja Tune, Morris won the title of Best Chillout DJ at the Ibiza DJ Awards in 1999 – an honour he would receive twice more, in 2001 and 2010. Morris has continued to perform around the world throughout the last 20 years, holding down key residencies at Berlin’s Love Parade and the Big Chill and bringing his uniquely immersive sound to clubs and festivals across the globe. His latest release was the critically acclaimed 2017 EP ‘Kira Kira’. 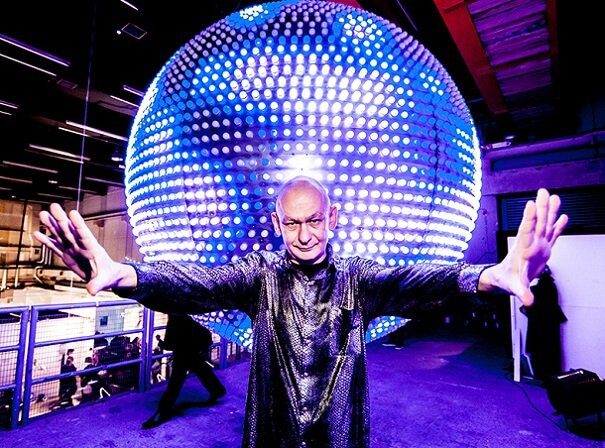