Co-signed by the renowned rapper and label boss, Rich the Kid, 83 Babies are a rap trio currently making titanic waves in the music industry. Hailing from Durham, North Carolina, the group are made up of Lil Tony, Set It Off and Young Boss Tevo. The fresh and popular rap group have enjoyed recent success, recently signing a major-label deal with Atlantic Records in NYC while continuing to collaborate with high-profile rapper and songwriter, Rich The Kid, a relevant artist in his own right signed to Interscope Records.

83 Babies released their first album in July 2018 and were officially signed by Rich the Kid in March 2019, becoming part of the Rich Forever music family along with several other gifted artists. Hot off the heels of their signing and the release of their latest track, the gritty ‘No Cap’, 83 Babies toured with Rich the Kid on the rapper’s The World Is Yours 2 Tour across the US, dropping their single ‘No Hook’ at the beginning of the tour.

The trio continue to make their mark on the rap world, boasting an impressive online following, with over 4.8 million YouTube views of the video for ‘No Cap’. 83 Babies have collaborated with many prolific artists of their genre, including Kevin Gates and NLE Choppa. Their upcoming project ‘BIG 3’ is soon to be released and is highly anticipated by not only hip-hop fans but the wider music world. 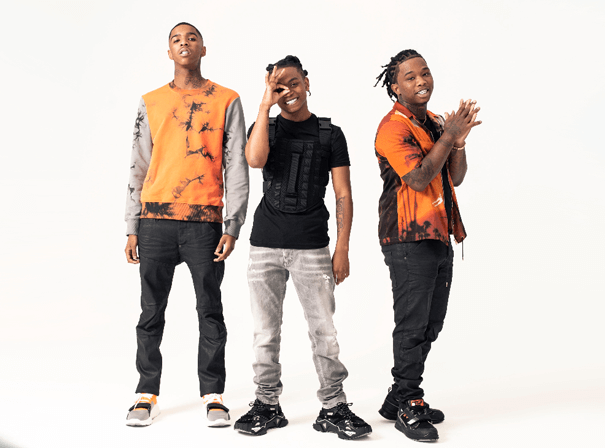