Breaking into the Billboard Hot 100 with the second track he released, young Californian rapper Ambjaay could easily be described as an overnight success. Described as a “fun, summer anthem” by Respect Magazine, the breakout single “Uno” has brought Ambjaay recognition from fellow artists such as Drake, Wiz Khalifa and Chris Brown, reaching over 23m plays on Soundcloud and 30m hits on YouTube.

The viral sensation experiments with Spanish music and instruments over a hip-hop framework, bringing him the attention of the wider US rap scene.
Growing up in Los Angeles, Ambjaay was influenced by other West Coast artists and left college to focus on his music, a gamble that paid off as early tracks “Shit Talker” and “Knock Knock Who There” turned heads across the industry. He released the EP It Cost To Live Like This which has been noted for a relaxed and fun vibe and included Uno and the other stand out track Choppa Go Blocka Blocka.

Ambjaay was invited to perform live at the 2019 BET Experience at the LA Convention Centre and a Papas & Beer Beach Bash alongside the likes of Tyga, DJ Mustard, Lil Yachty and YG. Now signed to Columbia Records and with a gold-certified record to his name, the future looks bright for Ambjaay as he prepares to release follow-up LP It Cost To Live Like This II. 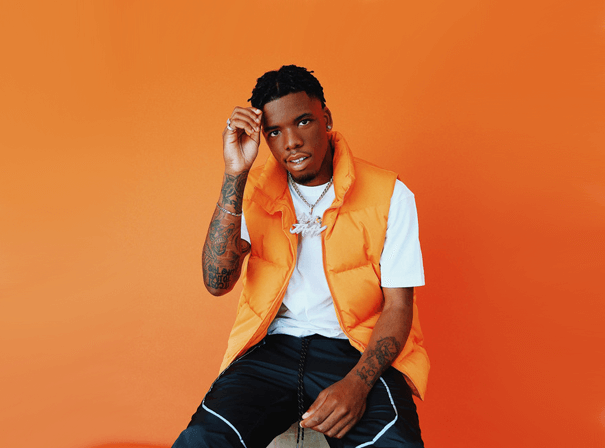