Known as the father of Mediterranean Music, Amr Diab is the Middle East’s most successful recording artists and a movie star extraordinaire. With a loyal fan base that extends around the globe, tickets for concerts in his home country of Egypt have been to known to sell out in minutes, and he has won a record seven World Music Awards so far in his illustrious career. The multi-talented Diab is also an accomplished actor, appearing in several films including Deahk We La’ab alongside Omar Sharif.

Diab found his first taste of show business when he was only six years old, after his performance of the Egyptian national anthem won him a guitar as part of a talent competition. He went on to study Arabic Music in Cairo before releasing several singles. His first breakthrough hit came on the Delta Sound Egypt label with ‘Khalseen’ – since then Diab’s career has been on an unstoppable rise. His 1995 album Nour el Ain gave Diab his international breakthrough, charting in India, Pakistan, South America, South Africa and France, achieving multi-platinum status and earning Diab the World Music Award for Best Selling Middle Eastern Artist for the first time. The international hit album also pioneered a new concept of Mediterranean music, which Amr Diab is now famous for and represents around the globe.

The accolades have continued to pour in ever since, with albums Akter Wahed (2001), Lillady (2007) and El Leila (2013) all winning World Music Awards. 2014 saw Diab take home awards for Best Egyptian Artist, Best Male Arab Artist and World’s Best Arab Male Artist Voted Online. In 2016 with five platinum records and six African Music Awards also under his belt, it was announced that Diab had achieved a Guinness World Records title for Most World Music Awards for Best Selling Middle Eastern Artist. 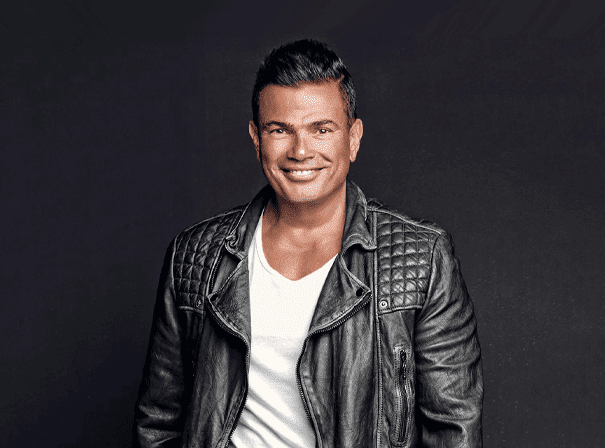