Ariel Pink is an American singer songwriter who is credited with starting the lo-fi movement and reigniting an interest in home produced music.

Pink was born and raised in Los Angeles, and started recording songs on a cassette tape four-track recorder when he was still a teenager. He also started to collect music, building up a huge record collection as well as buying music magazines which shaped his taste and later style. Some of his first recordings were made in his dad’s garage, using basic instruments as well as found objects such as kitchen utensils. He made more than 200 tapes worth of music in just an eight year period from the mid 90’s to the mid noughties, and also began to appear alongside mainstream artists such as The Doldrums, House Arrest and Worn Copy. Pink’s music became an instant cult favourite, and he is said to have spawned some of the revival in vintage audio equipment and bedroom recording artists. He is known for his signature lo-fi style, and only started touring and recording in a studio later in his career. His first professionally recorded album came out in 2010 and since then he has released two more albums, Mature Themes and Pom Pom.

More recently, Pink has collaborated with artists such as Miley Cyrus, Charli XCX and MGMT, as well as releasing a solo EP on the Mexican Summer label. The label is also set to release a series of remasters of his earlier albums with his project Haunted Graffiti in the coming months. 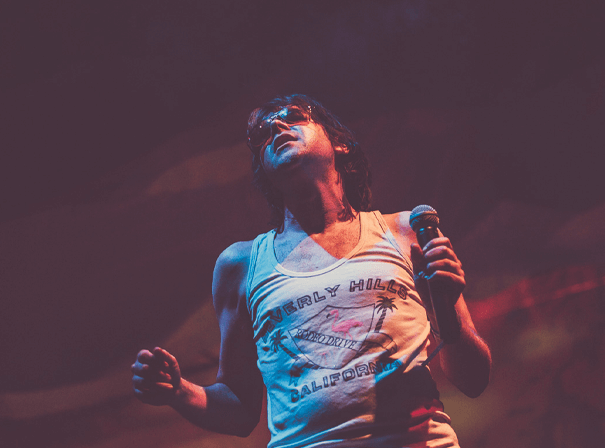