Globally famous for their infectious Grammy Award-winning track ‘Who Let the Dogs Out?’ Baha Men are the kings of modern Bahamian junkanoo music. Their 2000 version of the song, composed originally by Anslem Douglas, dominated charts around the world and became an anthem played and sung by fans at sporting events in the US and across the globe. The popular track earned the band the Grammy Award for Best Dance Recording in 2000 and a Nickelodeon Kids Choice Award for Favourite Song. The band has also won Billboard Music Awards World Music Artist of the Year, Nickelodeon Kids Choice Award for Favourite Band and World Music Album of the Year.

Formed in 1977, the band originally played funk and disco under the name High Voltage in their native Bahamas. They got their big break in 1991 when Steve Greenberg from Atlantic Records heard one of their tapes, signing and renaming the band as the Baha Men. With a new musical style ofJunkanoo, dance and reggae fusion the band achieved limited success before the release of 2000’s ‘Who Let the Dogs Out?’ shot them into the limelight. The track gained popularity after appearing in the film Rugrats in Paris: The Movie, and went on top charts in New Zealand and Australia, also performing well in the US Top 40 and becoming one of the highest selling singles of the decade in the UK.

Since then, the band have continued to tour the world and record new music, and their songs have often appeared in top movies including Miss Congeniality, Around the World in 80 Days, Garfield: The Movie, Shrek and Rat Race. The group have recorded tracks for three DisneyMania albums, and guest starred as themselves alongside Gérard Depardieu in the hit comedy My Father the Hero. 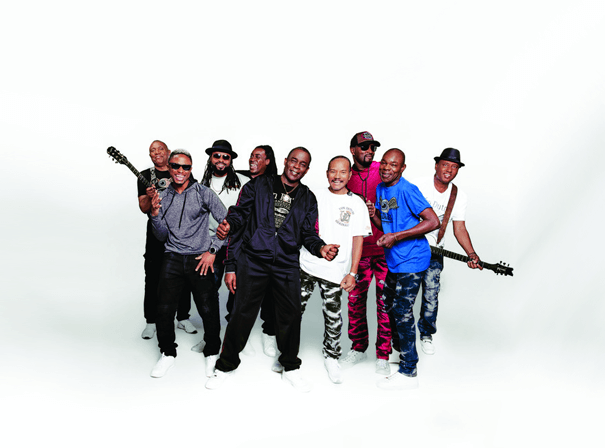