Collectively they’ve performed on records that have sold over half-a-billion copies (Stevie Wonder, Herbie Hancock, Amy Winehouse) and together as Brother Strut they are one of the tightest funk, soul and blues bands in the UK. Their debut album entered the UK iTunes chart at number 2 and led to recording deals in the USA, Italy, South Africa, South East Asia and Australia. As well as sitting pretty in the UK charts, English funk legend Craig Charles heavily supported the LP and played it on his award-winning BBC6 Music, Funk and Soul Show.

Brother Strut marry real musicianship with fine on stage presence and personality and exude funk and soul like few other acts out there today. As well as being phenomenal studio musicians, Brother Strut are top live performers and individually have played on tours with the likes of Van Morrison, Stevie Wonder, Elton John, Madonna and Sting. Great showmen who love being on stage as much as audiences love seeing them on stage, Brother Strut features Steve Pearce (bass), Frankie Tontoh (drums), Otha Smith (electric guitar), Sam Tanner (keys/lead vocals) and Stevie Jones (Saxophonist/keys). The band have played all over the world and perform their album works to sell out audiences in great style. They also run their own eponymous label and continue to take cues from funk, blues, and American soul music of the 1960s and 70s. 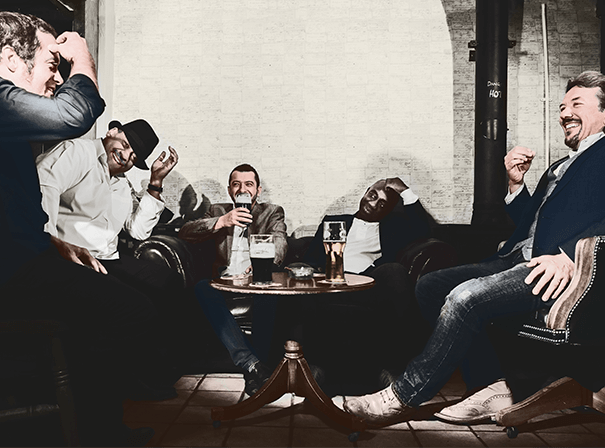