Bugzy Malone has long established himself as Manchester’s premier exponent of grime. In 2018, his debut album B. Inspired made the UK top five and was certified silver. The tour he undertook to support the album was the biggest ever embarked upon by any British grime artist. Malone can also boast three top-ten EPs, a host of charting singles, including ‘Kilos’ and ‘M.E.N III’ and collaborations with the likes of Rag’n’Bone Man and Bob Marley’s grandson Skip. A clutch of essential mixtapes have ensured that his credibility as an underground artist hasn’t been lost.

Malone was born in Manchester in 1990 as Aaron Davis. His childhood was impoverished and difficult and, by the time he was 17, he’d been sent to prison. After his release, he turned to boxing and then rapping to help turn his life around. He released his debut mixtape in 2010 and began to gain exposure across the north-west through social media and YouTube channels such as KODH TV. By 2014, he was beginning to attract wider attention and, in 2015, released his official debut single, ‘Watch Your Mouth’, which was played everywhere from Radio One to MTV Base.

By 2016, Malone was promoting a signature brand of sportswear for Supply & Demand that was sold through JD Sports. In 2017, he collaborated with UK Garage legends DJ Luck & MC Neat on a remake of their noughties classic “Through the Night”, which was certified silver. As well as releasing music at a prodigious rate, he also found time to give back by setting up Ill Gotten Records, a label designed to help grime artists in the Manchester area. 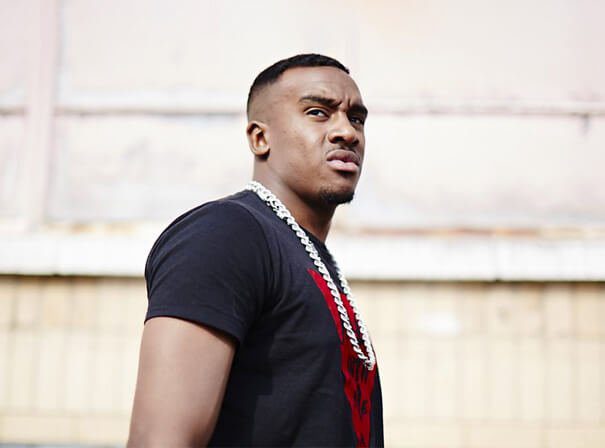