Cali Swag District is a three-piece music machine from Inglewood, California. The young rappers are yet to release an album, though burst onto the scene in 2010 with a multi-million selling first single, ‘Teach Me How To Dougie’ which went on to go double Platinum. Accompanying that single was a dance, the Dougie, which has become something of a sensation in the States, with everyone from Michelle Obama to Justin Bieber via the cast of Glee all getting their Dougie on. So too have a number of high profile sports teams across the US taken up the dance for their own, and over 100 million people have viewed the video on YouTube. All of this confirming Cali Swag District to be a modern hip-hop phenomenon.
The dance itself originated in Dallas, Texas, but was appropriated by the crew and taken back to Cali. Having already headlined a tour with Nelly in Spring 2011, the Cali Swag District are known for their high energy stage shows and boundless amounts of energy. The charm of this group of old high school friends, frankly, is in their keen sense of fun, performance and ability to entertain crowds with both music and dancing. Influenced by West Coast hip-hop artists like Snoop Dogg and E40, their stage presence is second to none. 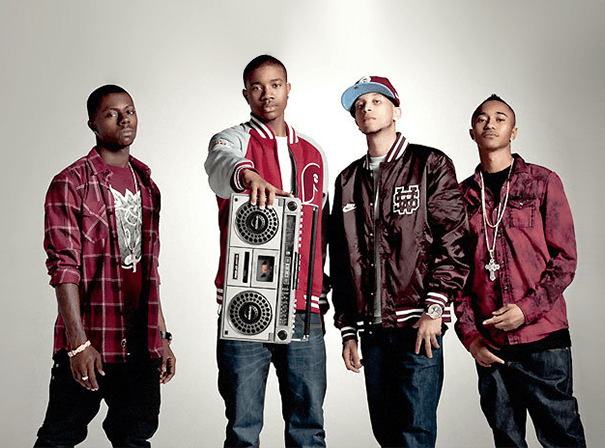