Estelle is a Grammy Award winning singer from Britain who released her fourth full length album in 2015. Entitled True Romance, it will be released on her own label, Established 1980 Inc, and amongst many other delights features the already Top 20 making hit, ‘Conqueror.’ The album was produced with four ideas in mind – true romance, courage, passion and the BS – and has already started picking up high praise from the likes of Cosmo, InStyle, Elle, VH1 and Entertainment Weekly amongst many others. As well as being a fine singer and pop hit maker, Estelle is a talented on screen star who has made a cameo in hit FOX show Empire, whilst she has also been invited to play with one of her key inspiration, Gladys Knight, as well as country superstar Martina McBride during the first-ever Skyville Live webcast in Nashville.
Estelle, who broke onto the global scene in 2008 with her massive hit ‘American Boy’ with Kanye West, is now a true R&B icon who has hit the Billboard Top 100 many times. As well as her many musical accolades, though, Estelle has also voiced a key character, Garnet, on Cartoon Network’s hit show Steven Universe and runs her own foundation All of Me, which looks to improve the lives of young people through education and scholarships. But that’s not all, because she has her own line of Scarves by Swaray. Made from fine quality silk, they take cues from her heritage and world travels and are just another creative feather in the resplendent bow of the fine talent. 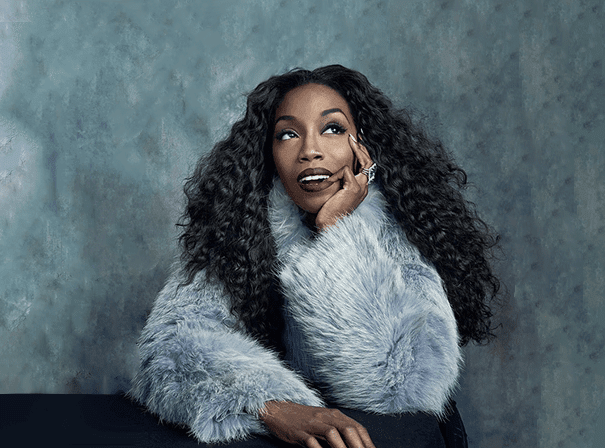