Eclectic indie rock band, From Indian Lakes, is the brainchild of California-based singer-songwriter Joey Vanucchi. Bursting with atmospheric sounds interlaced with folk, pop and rock, From Indian Lakes is a genre-defying band that isn’t afraid to push the boundaries. From the nostalgic sounds of “Sunlight” to the rhythmically driven “Garden Bed,” Vanucchi is helping to set the tone for the current music scene. While on tour, the From Indian Lakes lineup features Vanucchi, Justin Stanphill, Enrique Gutierrez and Chris Kellogg. Growing up in the shadow of Yosemite National Park, Vanucchi discovered his passion for music as a child. He played in various bands in his teens before focusing on his guitar and songwriting skills. Inspired by the likes of Radiohead, Mew and The Dodos, Vanucchi started to sharpen his distinct intricate rhythms that still resonate throughout his music.

Since the band’s debut in 2009, From Indian Lakes has released five studio albums. Their critically acclaimed fourth album, Everything Feels Better Now hit the Billboard 200 and debuted at number 5 on the Top Heatseekers Chart. The band are often featured in Rolling Stone, Pitchfork, Spin, Paste, and Stereogum and celebrated for their diverse and versatile musicality. What’s more, Vanucchi embraces collaboration with other artists. The band has featured vocals from Tummyache’s Soren Bryce, Halfwaif’s Nandi Rose Plunkett and Miriam Devora.

Hypnotic and captivating, From Indian Lakes’s mix of dream pop, shoegaze and indie rock has set them apart. No stranger to recording straight out of his apartment, Vanucchi’s latest album Found in the Smoke resonates with the band’s fifth studio album Dimly Lit. With a range of projects in the works, From Indian Lakes will be lighting up the stage for years to come. 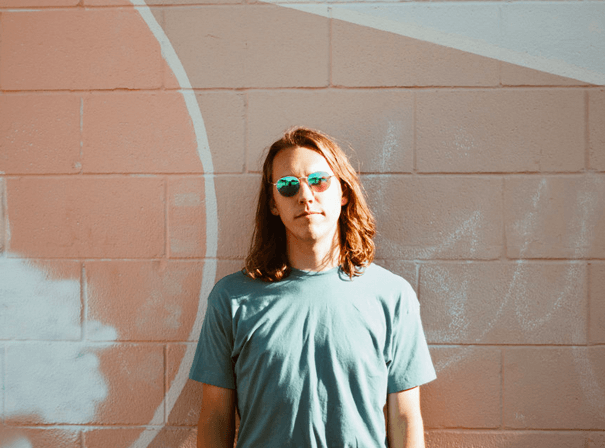