The 20-year-old rapper hailing from Jacksonsville Florida that is HotBoii, is a sensation to behold. This young rapper’s sheer artistry has brought him to the top. Starting at a young age, during his more turbulent teenage years, his music oozes authenticity. His 2019 song “YG’s” is no exception. But even with over 2 million views and counting, this isn’t even the start of HotBoii’s successes. His breakout single “Don’t Need Time” from April 2020 is what put him on the map. With currently 38 million views and 9 million streams, HotBoii’s electrifying words gripped the world of rap. His influences growing up included Lil Wayne, Kodak Black and Lil Baby. The latter having only in August released a remix of HotBoii’s own “Don’t Need Time”. Other songs attracting millions of views include “They Don’t Know”, “Anonymous” and “Goat Talk”, which was followed up in November 2020 by “Goat Talk 2” featuring Polo G. HotBoii’s latest standout project is his mixtape Kut Da Fan On. Its 17 songs equal to millions in views and has shown his real potential for creating albums – which he will be doing in the next few months. Double O Vision will be HotBoii’s first album and will be released by Rebel Music Group, where he is currently signed. HotBoii has collaborated with names ranging from Plies to Rico Cartel and is well on his way to becoming a thunderous name on the scene. 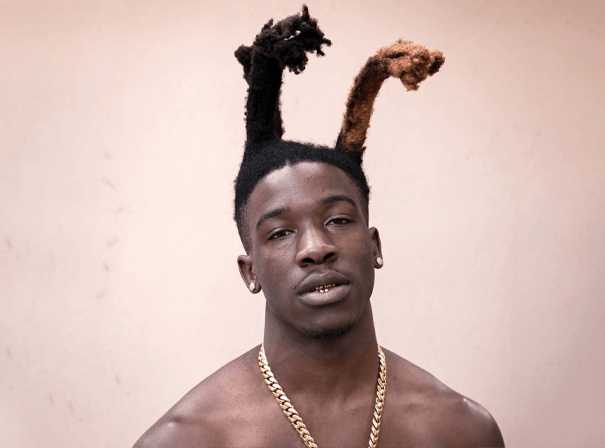