Jej Vinson is a singer from the Philippines best known for his appearance on Season 16 of The Voice. Not only did the promising young singer receive a four-chair turn from judges Adam Levine, Blake Shelton, John Legend and Kelly Clarkson, he became the most viral artist of the blind auditions in 2019, and his audition where he performed a breath-taking version of Drake’s track ‘Passionfruit’ has racked up nearly 9 million views on YouTube.

Vinson was born in the Philippines and enjoyed a traditional Filipino upbringing, his love for music inspired after watching his parents sing in a choir. Vinson and his family moved to South Dakota, America when he was 15 and three years later he joined an a cappella camp in Los Angeles, where his incredible talent began to shine. Realising Vinson’s musical ability, his family moved with him to Los Angeles, and he began to study music at USC where he became the musical director of the school’s a cappella group.
His audition for Series 16 of CBS talent show The Voice stunned both fans and the judges, and he joined Kelly Clarkson’s team.

Widely predicted to win the season, his elimination came as a huge shock to many fans of the show, but since then Vinson hasn’t slowed down one bit. Shortly after leaving the show, he released stunning track ‘Tasty’, which featured his trademark flawless runs and powerful vocals, followed by a studio version of his incredible ‘Passionfruit’ cover, upbeat dance groove ‘Superstar’ and the collaboration ‘Friendzone’ with singer-songwriter Rachel Gonzalez. With more new music releases promised in the near future, the insanely talented Vinson is one to watch in the new decade. 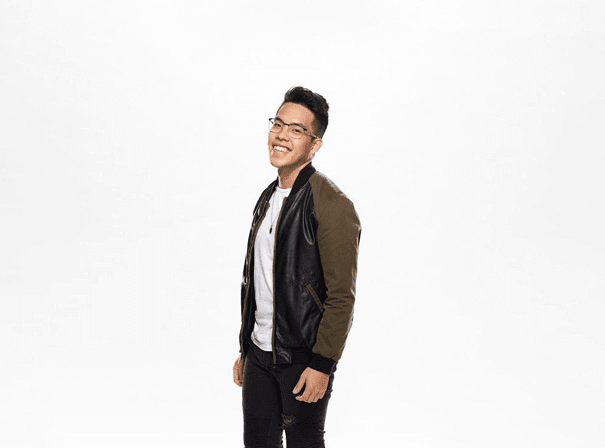