Karol Sevilla is an actress, singer and songwriter, best known for her leading role in the Disney Channel Latin America original series Soy Luna. She is also a popular YouTuber, where she shares her comedy and music videos with her more than eight million followers.

Sevilla rose to fame on the long-running Mexican anthology series La Rosa de Guadalupe, where she played various roles in several episodes of the cult hit. Over the following years, she performed extensively in musical theatre and had parts in shows including Mujeres Asesinas, Para Volver a Amar and Como Dice el Dicho, before landing the title role of Luna Valente in the Disney Channel hit Soy Luna. She starred in 220 episodes of the show, which brought her to an international audience, and was a regular hit at award ceremonies such as the Kids’ Choice Awards. The series also spawned several soundtrack albums, which hit the Top 10 in countries including Argentina, Mexico, Spain, France, Austria and Portugal. The Soy Luna Live Tour, in which Sevilla appeared, later visited dozens of cities in countries across Latin America and Europe.

Since the end of Soy Luna, Sevilla has continued to make popular music for her huge fanbase, including the singles Mil Besos Por Segundo and Tu Tiempo Es Hoy. In 2018, she had her big screen voice acting debut in WiFi Ralph, and the following year she appeared as a judge in the fourth season of international talent show Pequeños Gigantes. She has won Nickelodeon Kids’ Choice Awards for Favorite Actress in Mexico, Colombia and Argentina, and has been named Queen of Instagram at the Tú Awards. 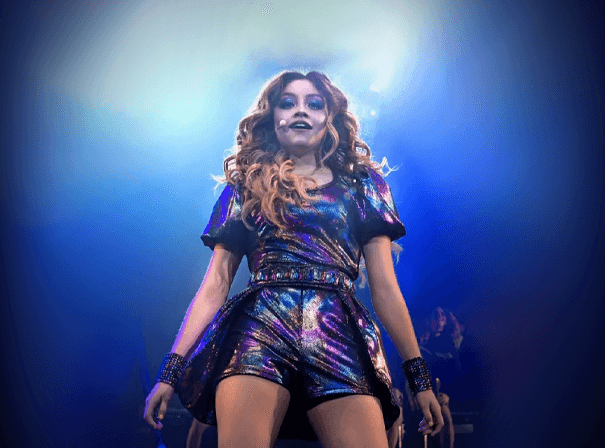