Konshens is the musical powerhouse behind many of last decade’s hottest bashment anthems. Simply put, he is a superstar within his own genre and across many others, having collaborated with pop and hip-hop royalty such as Major Lazer, Rick Ross, Nipsey Hussle, Cardi B, Sean Paul, Ty Dolla $ign and The Chainsmokers.

The voice behind modern dancehall classics “Gal A Bubble” and “Bruk Off Yuh Back”, Konshens is a truly global artist whose talents can’t be boxed in. Born in Kingston, Jamaica, he burst on to the music scene in 2005 after forming the group Sons of Jah (also known as Sojah) with his brother Delus. The duo’s very first single, “Medz Pon Di Corner,” which dealt with the tensions simmering in their Sherlock Crescent community at the time, became a hit in Japan, leading to a tour of that country and the release of a Japan-only album, also entitled Sons of Jah.

In 2008, Konshens struck out on his own with his first solo single, “Winner,” an intoxicating blend of dancehall and hip-hop. He continued to build his rep as a thoughtful new voice on the Jamaican music scene with lyrically-rich tracks like “Rasta Imposter” and “The Realest Song.” 2012 saw the release of his debut solo LP, Mental Maintenance, an album influenced equally by reggae, hip-hop and dancehall. Following this release, Konshens came to be celebrated for his “gyal tunes,” waistline-minded anthems known for provoking hysteria among female dancers. After kicking things off with 2012’s “Gal a Bubble,” he followed with similarly-minded hits like “Stop Sign” and “Gyal Sidung,” cementing his place as “di gyal dem deejay.”

Konshens scored the biggest hit of his career to date in 2016 with the incredibly popular “Bruk Off Yuh Back.” That track, which has received 100+ million plays on YouTube, gained further exposure the following year when R&B star Chris Brown added his voice to an official remix. The “Bruk Off Yuh Back” remix is one of many international collaborations on “It Feel Good”, Konshens’ first release through a new joint venture between his own label Subkonshus Music and Empire Records. The 16-track album infuses the bashment anthems Konshens is known for with a more comprehensive sound incorporating trap and R&B, with guest contributions from Rick Ross, Shaggy, Tarrus Riley and Rvssian. Even while making moves abroad, Konshens is fully focused on elevating the music of Jamaica and bringing dancehall to its rightful prominence within the global music scene. 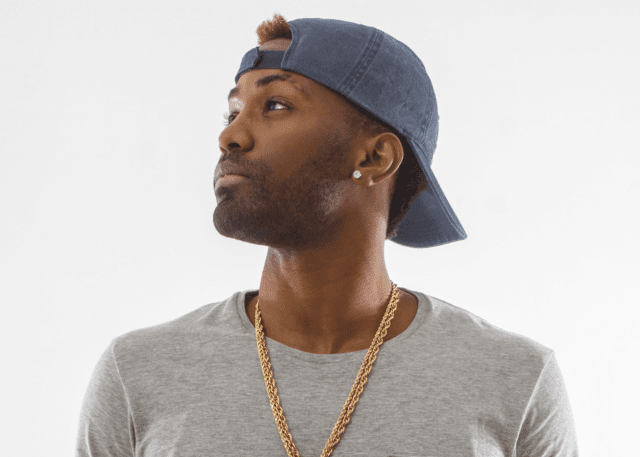