Megan Thee Stallion is an American rapper and songwriter hailing from Houston, Texas. Her highly anticipated 2018 mixtape Tina Snow has been streamed more than 11 million times, making her one of rap’s most exciting newcomers. Rap is in Megan Thee Stallion’s blood: her lyrically-minded mother Holly Thomas (otherwise known as Holly-Wood) took a young Megan to recording sessions as a child where she first developed her passion for rap music. Megan began to write her own rhymes at 16, and began to rise to prominence after meeting super-producer TA and releasing her first single ‘Like a Stallion’ in April 2016.

Megan’s big break came in 2017, when a clip of Megan demolishing male opponents in two cyphers on a Houston rooftop went viral. Her verse on ‘The Houston Cypher’ over Drakes ‘4pm’ earned Megan a place as a top trending topic on Twitter, and her online popularity began to soar. After signing a record deal with 300 Entertainment and becoming the first female rapper on the label, Megan dropped her highly anticipated mixtape Tina Snow, full of tracks filled with Southern confidence delivered over sensual beats, showcasing her supremely confident lyricism and debuting at No 11 on the iTunes hip-hop charts.

Her first full-length project, Fever, generated a huge buzz upon release in 2019. The viral track ‘Cash Sh*t’ inspired the phrase ‘hot girl summer, which became a meme and swiftly spread across the internet. After making her first entry on the Billboard Hot 100 with the single ‘Big Ole Freak’, there’s no doubt that Megan is a refreshing addition to the previously male-dominated Southern rap scene, and one of US hip-hop’s most promising talents. 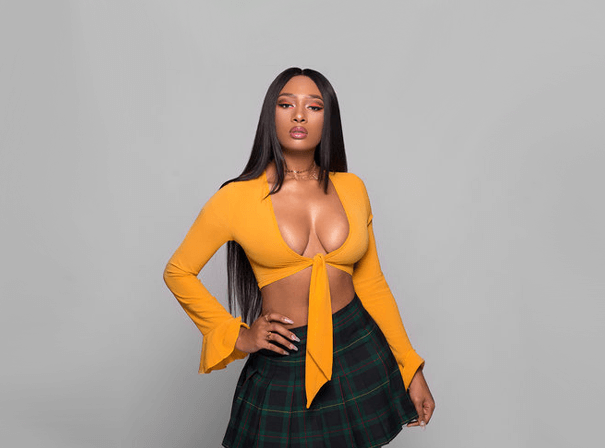