Momoland is a South Korean girl group formed under MLD Entertainment through the survival reality television show Finding Momoland. They are well known for their single ‘Bboom Bboom’ which smashed into the charts in January 2018, and since then they have released 6 mini albums, 2 full albums, won more than 25 awards and have amassed millions of streams on YouTube. They were the first girl group to achieve a Platinum certification by Gaon Music Chart after ‘Bboom Bboom’ was streamed over 100 million times.

In 2016, the seven winners of Finding Momoland – Jane, Yeonwoo, Hyebin, Nancy, JooE, Ahin and Nayun – became the group Momoland. The band – also referred to by fandom as “Merry-Go-Round” – made their official debut with mini album Welcome to Momoland and title track ‘Jjan Koong Kwang’ on November 10th through South Korean Music show M Countdown. In 2017, the band appeared in the tvN drama The Liar And His Lover in a cameo role, performing their debut track.

On March 13th 2017, former unsuccessful Finding Momoland contestant Daisy joined the band, along with Produce 101 contestant Taeha. With nine members now in the band, they saw further success with digital single ‘Wonderful Love’ – performing the EDM version on The Show – and also released Freeze, their second mini album.
Momoland kicked off 2018 with a breath-taking performance at the Pyeongchang Winter Olympics, and released their third EP Great! along with title track ‘Bhoom Bhoom’ which racked up over 216 million views on YouTube. In 2019, Taeha, Daisy and Yeonwoo left the group, but the band has continued to rise thanks to the release of comeback single ‘Thumbs Up’, which recently won first place on music show M Countdown. 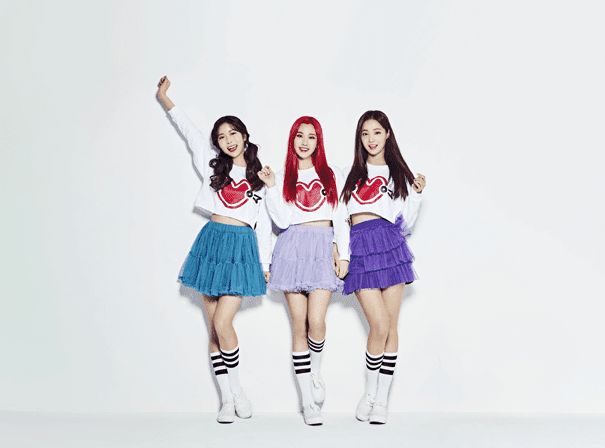