In an accomplished entertainment career that’s spanned two decades, the multi-talented Mýa Marie Harrison has taken on a variety of roles: singer, performer, recording artist, actress, dancer, choreographer and philanthropist. Best known for her wildly successful pop hits “Lady Marmalade”, “Case Of The Ex”, “It’s All About Me” and “My Love is Like… Wo”, many of which sold millions of copies, receiving Platinum and Gold certifications and peaking in charts across the globe, this Grammy-award winning artist is recognised worldwide as a musical icon and pop and R&B superstar.

Born into a musical family, Mýa’s talents were visible from a young age as she studied violin and tap dancing, laying the foundations for her lifelong passion for performance. In 1998 she signed a major-label deal with Interscope at only 18 years old, releasing her self-titled debut album and five hit singles: “It’s All About Me,” “Movin On” and “My First Night With You” “Ghetto Superstar” and “Take Me There.” The record reached No.29 on the Billboard Top 100 and achieved double platinum status, an exceptional achievement for a debut album.

Mýa’s second album “Fear of Flying”, themed around female empowerment, was co-written and co-produced by the artist herself. This record, which stayed on the Billboard 200 for 52 consecutive weeks, launched the iconic single and breakthrough hit “Case of the Ex”, a track which introduced Mýa to a global audience and fixed her place in the pop pantheon. Not long after, she went on to collaborate with Christian Aguilera, Pink and Missy Elliot on the universally adored hit single “Lady Marmalade”, used in Baz Luhrmann’s film Moulin Rouge.

Many more singles, EPs and albums have followed, as have impressive chart positions and global musical accolades. In addition to her work in music, Mýa is also an established actress and TV star, reaching the finals of “Dancing with the Stars” and featuring in “Haunted”, “Sister Sister”, “NCIS”, and “1-800-Missing”. Film appearances include “Havana Nights: Dirty Dancing II”, “In Too Deep”, “Heart Specialist”, “Cursed” and “Love for Sale.” A committed philanthropist, Mýa also dedicates much of her time to charitable work, acting as spokesperson for Secret to Self Esteem and founding TMATF: The Mýa Arts & Tech Foundation, a nonprofit organisation that is dedicated to offering opportunities to disadvantaged youths via arts and technology education.

Mýa’s career has showed no signs of slowing down. Her seventh album, the independently-produced “Smoove Jones”, was nominated for a Grammy in 2016, while summer 2018 saw the release of her eighth record “TKO (The Knock Out)”. The incendiary hit single “G.M.O. (Got My Own)”, a collaboration with R&B artist Tink, is now available for streaming and download. 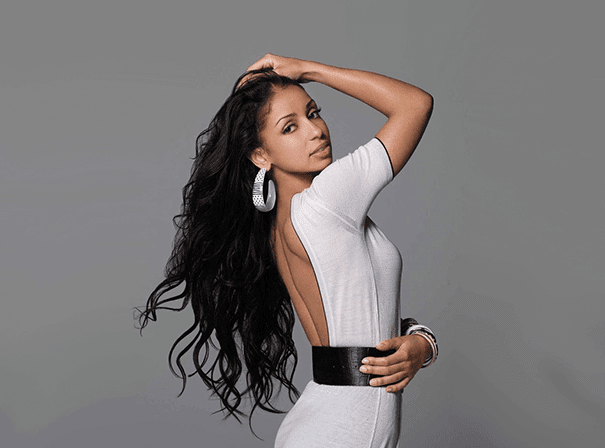