Noelia Lorenzo Monge is a Puerto Rican pop singer who first shot to fame in 1999 and has now sold more than 8 million albums worldwide. The sophisticated Latin singing star has her own recipe for glamour and style and is never one afraid to take a risk. Her self-titled debut album became certified as a RIAA Gold and Platinum in the United States and throughout her career, as well as winning a Latin Billboard, has also had ten Latin Billboard Top 40 hits and five Top 40 Billboard Dance/Club Play Songs. The release of said album from this Princess of EDM and Latin Pop saw a debut performance at Madison Square Garden in New York and has now sold a total of 4 million copies. The follow up came a year later in 2000, Golpeando Fuerte, with a third, Natural, in 2003.
Throughout her career, Noelia’s music has spread across the world, picking up a number of awards in Europe – including in Italy where she was named International Singer of The Year. Top singles include the Latin influenced and contagious rhythms of tracks like “Candela” and “Enamorada” and many more, whilst Noelia is also known for her intimate online concerts, which have achieved more than 3.5 million viewers in the past – a record for any Hispanic country. So too has Noelia been on the cover of several prestigious magazines including People en Espanol, Maxim Espanol USA, Maxim Mexico and H for Man. The first of those magazines also named her one of the 50 most beautiful people in the Latin Music industry. 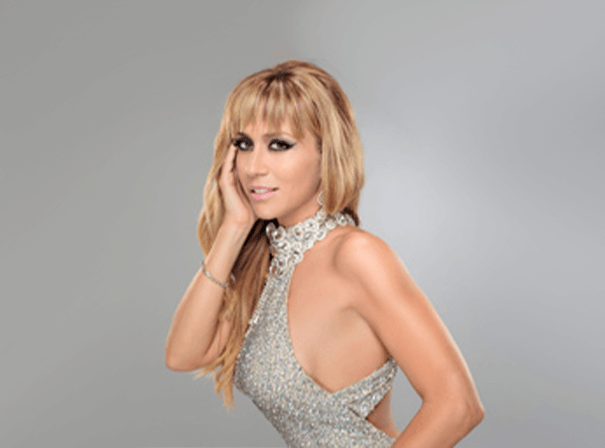