Nouvelle Vague, meaning “new wave” in English and“bossa nova” in Portuguese, neatly captures the concept behind this innovativegroup, known for reimagining classic new wave singles with a Brazilian pop flavour.Global pop phenomenon Nouvelle Vague are the brainchild of French producers OlivierLibaux and Marc Collin. These two visionary artists recruited a cast of Frenchand Brazilian vocalists unfamiliar with the original versions of songs such asNew Order’s ‘Blue Monday’, Joy Division’s ‘Love Will Tear Us Apart’ and XTC’s ‘MakingPlans for Nigel’ to ensure that their renditions had a unique identity,recording inspired covers that entranced listeners with lush arrangements andtender vocal performances.

Releasing their debut in 2004, the group were soon touringinternationally, playing alongside singers Camille and Mélanie Pai to fans inlocales as far-flung as Shanghai, New York, Los Angeles, and Rio de Janeiro.The years that followed saw the release of four more studio albums andextensive global tours, forever imprinting Nouvelle Vague on the culturalconsciousness. 2019 sees the groups 15th anniversary, which is to becelebrated with a two-part release of rarities and unreleased recordings and a retrospectivedocumentary directed by Marc Collin himself. Nouvelle Vague are also embarkingon an international “unplugged” tour, in keeping with the show’s original 2004incarnation: described as “out of this world” by reviewers, their latest liveproduction finds the band returning to their roots. An acoustic guitar, a fewkeyboards, a touch of ambience, and two singers (Mélanie Pain, Elodie Frégé, orPhoebe Killdeer), interpreting the band’s iconic songs for an enchanted audience. 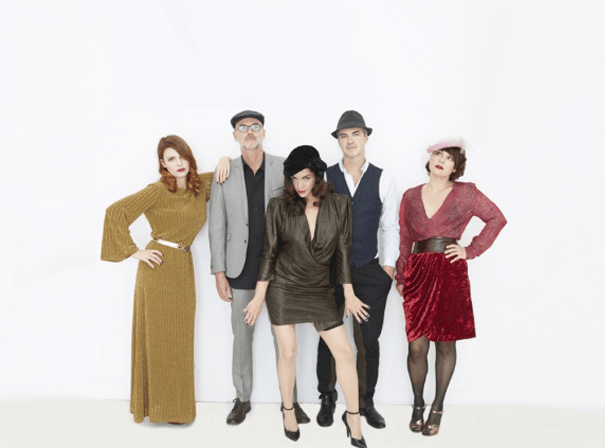