Ovy on the Drums

Ovy On The Drums also known as Daniel Oviedo is an artist, producer and songwriter from Colombia who has produced behind some of the biggest International stars such as Argentine singer Paulo Londra and Colombian reggaetonera Karol G.

Following years of being a DJ, in 2017 the 29-year-old got the chance of lifetime to work as a producer for Karol G and helped shape the sound on her debut album entitled Unstoppable. From then on, Ovy continued to excel, increasing his reputation and producing for more up-and-coming acts on the Big Ligas label such as Londra.

Ovy’s work gained recognition on a global scale and Ovy on the Drums has fast becom an in-demand producer. He’s recently been in the studio with Puerto Rican Latin trap star Anuel AA, and collaborated with the likes of Ed Sheeran and Tekashi69.

In 2018, Ovy launched his career as an artist where he both produces and sings the songs that he writes. He certainly continued that journey with Mau Y Ricky in their 90sinspired music video for “Sigo Buscándote”.

Other huge names he has worked with include Piso 21, Micro Tdh, 6ix9ine and many more. 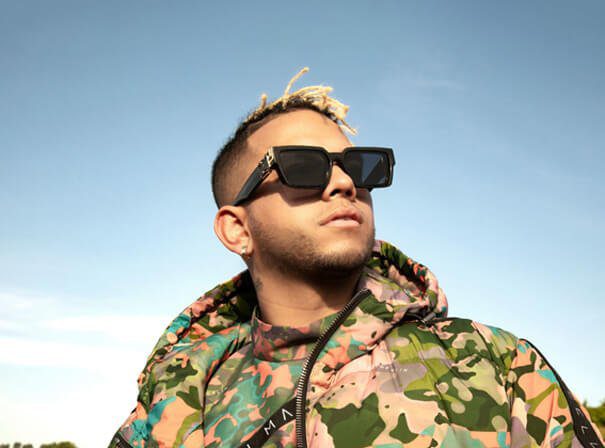 Ovy on the Drums