A social activist, rapper, writer, and filmmaker, Residente is one of the most popular hip-hop artists from Puerto Rico. He released five albums as a member of the rap group Calle 13 before embarking on a solo career that has seen numerous collaborations with Bad Bunny. Residente has won 25 Latin Grammy awards, the most of any artist in history.

Born in San Juan, Residente is self-taught in several instruments and began releasing music with his step-brother Visitante in 2004. Known as Calle 13, the group’s first successful single was “Se Vale Tó-Tó”. After releasing their 2005 self-titled album and their 2007 LP Residente o Visitante, Calle 13 released Los de Atras Vienen Conmigo in 2008. The album won five Latin Grammys including Album of the Year.

In 2017, Residente revealed his debut solo album to widespread critical acclaim and was once again recognized at the Latin Grammy awards. Residente then teamed up with DJ Dillon Francis for the 2018 single “Sexo” and released two songs with superstar Bad Bunny in 2019. His 2020 music video for “Antes Que El Mundo Se Acabe” featured appearances from Lionel Messi and Ricky Martin.

Residente is also an internationally recognized social activist. He was given the Nobel Peace Summit Award in 2015 and has served as the spokesperson for several UNICEF and Amnesty International campaigns. Residente often speaks his mind via his lyrics and has made an impact in both political and socioeconomic circles. He is also a filmmaker that has directed numerous films and music videos. Residente is a unique talent who is an incredible artist and a passionate spokesperson for human rights. 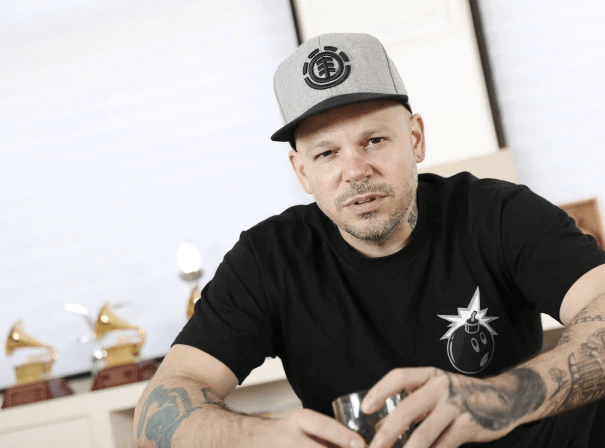